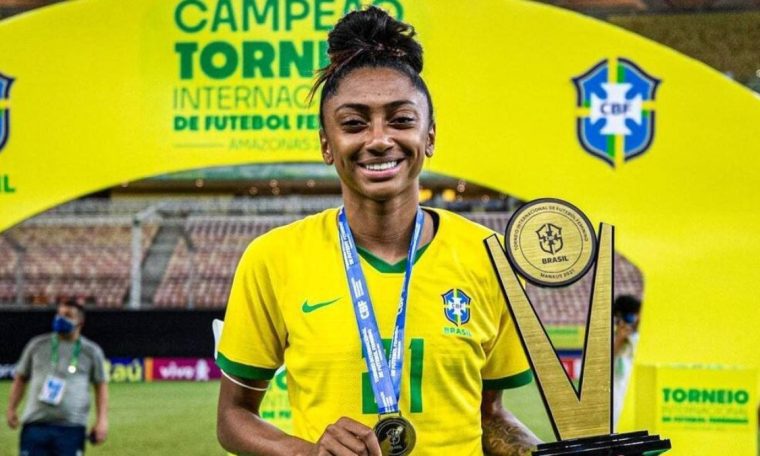 Attacker Caroline (see photo gallery below)
will be one of the members of brazilian team
Feather Women’s America’s Cup
, Last Monday (06), a North Carolina Courage player from the United States, was called by coach Pia Sundhej to defend Brazil in a South American competition to be held in Colombia between July 8 and 30.

“It is a huge honor to have the opportunity to defend our country in this very important tournament. I’m really excited, I can’t wait for the championship to start. I want to take this incredible opportunity and give my all on the field just like the other girls. We are doing a good job, we know our quality and we are going to execute whatever we do while preparing to win this title”, said the player.

In addition to the Copa America, Caroline was called to participate in two friendly warm-ups in Europe. On the first 24th, Brazil will face Denmark in Copenhagen. The team will then take on Sweden on the 28th in Solna. The striker is called up for selection almost a month after winning his first title with NC Courage. On May 7, his team defeated the Washington Spirit 2–1 in the final and won the NSWL Challenge Cup. In the decision, the Brazilian scored a goal and was named player of the match.

Starting his career at Valinhos in 2016, Caroline went from Spain through clubs such as Guarani, Ponte Prieta, Corinthians, Osasco Audax, Palmeiras and Madrid CFF until arriving in North Carolina this year. For the Brazil national team, the player has already played in the Under-17 and Under-20 World Cups and in the current season, has featured in five friendly matches with the main team.