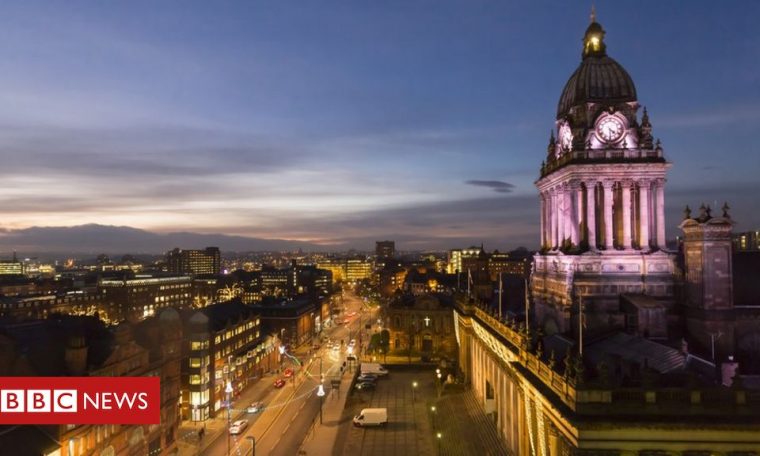 Some of the largest UK councils say they may have to declare themselves effectively bankrupt unless the government agrees to further support.

Nearly 150 authorities have forecast a combined budget shortfall of at least £3.2bn, the BBC found.

Labour leader Sir Keir Starmer has said the government “has got to recognise” the financial situation facing councils.

The government said it was working on a “comprehensive plan” for councils.

A BBC investigation found across the UK:

Whitehall has already given £3.2bn funding to all English councils in two tranches to help cover coronavirus costs.

Speaking to the BBC’s Laura Kuenssberg, Sir Keir said: “At the beginning of the pandemic, councils had to do lots of things to support their communities, whether that was provision of food, of services, care centres, bringing homeless people in, really important stuff.

“And they were told by [the government] ‘we will stand by you – we’ll support you – you get on and do what you need to do’. So they did.”

He said lots of councils were now “facing bankruptcy, or cutting back services, which is the last thing anybody needs, and the government has got to recognise this”.

Why are councils struggling financially?

Lost business rates, council tax holidays and emergency payments for families whose incomes have disappeared have all hit upper tier councils’ income, at the same time as rising costs of adult care and providing protective equipment (PPE) for carers.

Some of those councils would also typically depend on tourism for large chunks of income, such as dividends from airports they own or parking fees from visitors.

Facilities like council-owned leisure centres, which would normally produce income for authorities, are also closed.

Plummeting passenger numbers at Luton Airport are contributing to a £49m shortfall at the authority which owns it, Luton Borough Council. A spokesman said it would have “no option but to agree to unprecedented cuts to key services” if more cash was not made available.

Manchester City Council is losing out on more than £130m income this year from sources such as the council’s part-ownership of Manchester Airports Group (MAG).

Sir Richard Leese, leader of Manchester City Council, said: “It is no exaggeration to say that we are on the edge of a financial precipice.”

England’s Minister for Local Government, Simon Clarke, said the £3.2bn funding already given to local authorities was “part of a wider package of support from across government for local communities and businesses – totalling over £27 billion – including grants, business rate relief and for local transport”.

“At the same time, we’ve lost car park income and leisure centre income which all helps to balance our budget.”

However Councillor Whitehead said he was confident the government would come to the aid of councils.

About 230,000 people live in the Highlands but the area covers just under half the landmass of Scotland.

Its main sources of income – tourist car parks, docking fees and the sale of marine fuel at its harbours – have been reduced to “zero overnight” as a result of the pandemic, Highland Council said.

Head of finance Ed Foster said balancing its £96m deficit would not be possible “without shed-loads of pain.”

“Because so much of our budget is tied up in staffing, in order to balance we would need to reduce headcount,” he said.

The BBC asked councils if they thought they would meet the criteria for issuing a section 114 notice.

Barnet Council in London referred to a report from a committee meeting where it said the “anticipated costs of the disruption remain within the available resources of the council, however without additional levels of funding, the council will move into significant risk of being unable to remain in balance should the period of disruption sustain”.

A spokesman later stressed it did not anticipate a need to issue a section 114 notice, adding: “We have financial reserves which are well in excess of the impact Covid-19 will have in the current year.

“The list of near-bankrupt councils is going to grow unless more support is available.”

He said councils “needed to be given more autonomy to raise their own revenue” or further funding would be needed to support them in the long term.

Section 114 notices are issued in England when a council cannot achieve a balanced budget.

In February 2018, Northamptonshire County Council became the first local authority for almost 20 years to warn it may not meet its legal obligation to balance the books for that financial year.

To cope with the coronavirus pandemic, councils revealed they were planning a mix of responses including using up cash reserves, reducing services and cancelling or postponing spending on big projects.

What does the government say?

The government was not aware of any English councils at “imminent risk” of issuing a section 114 notice, Jeremy Pocklington, the top official at the Ministry of Housing, Communities and Local Government told MPs last week.

Council bosses, however, previously said the funding they had received was “not even close” to covering the costs of what had already been spent during the pandemic.

Mr Clarke said: “We are working on a comprehensive plan to ensure councils’ financial sustainability over the financial year ahead – we will continue to work closely with them to ensure they are managing their costs and we have a collective understanding of the costs they are facing.”

A Scottish government spokesperson said: “To date, Scotland’s councils have received £405 million in advanced payments this financial year, and by the end of July this will have risen to £455 million.

“This funding, which included weekly advanced payments to councils until parliamentary approval was secured, will help prevent local authorities experiencing cash flow. Councils received an additional £150 million in May, £255 million in June, and will receive £50 million in July.”

They added the Scottish government was working with local authorities and “pressing the UK government for urgent additional funding and flexibility for our partners in local government.”

Councillor James Jamieson, chairman of the Local Government Association, which represents councils’ interests, said it was pleased the “government had indicated it was working on a comprehensive plan to address the ongoing financial challenges,” but “urged the government to bring forward details… as soon as possible”.

More about this story

The Shared Data Unit makes data journalism available to news organisations across the media industry, as part of a partnership between the BBC and the News Media Association. This data was gathered with help from the Local Democracy Reporting Service.