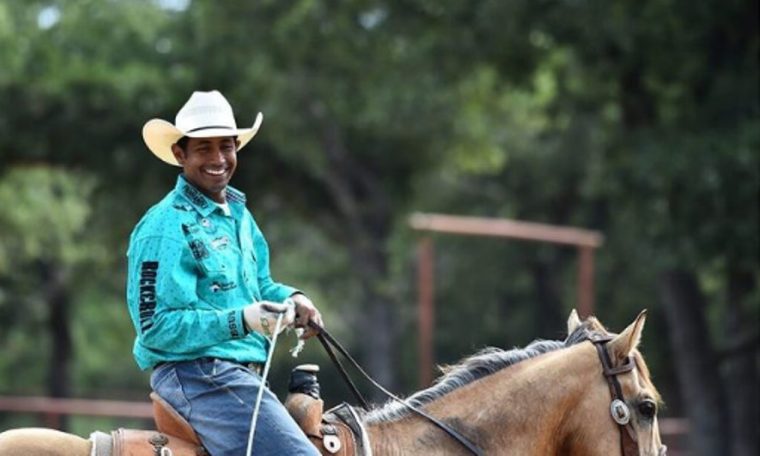 Reading this list you might think: ‘Ah, she has already lived and she conquered whatever she wanted’. But what are we left with without our dreams? And the athlete and businessman ran three more in the past month. With her husband, team roping roper Luciano Parridge, traveled to the United States to get to know Disney, set up and run a race on American soil, and watch the PBR – Professional Bull Riders World Finals up close.

We were curious to know more details about this incredible journey (for people who follow her on Instagram) @daianesudariopariz must have seen something) and we caught him here to tell everything and motivate him for the next vacation.

Diane Sudario, was this your first visit to the United States?

“No. I was in 2011 and 2012. And both times I only went to Texas. Luciano didn’t know and it was in our plans to travel. The pandemic struck and we postponed a bit. Then we went on a honeymoon. Thought about it, but the country’s borders were still closed and with many restrictions due to COVID-19.

Then, in 2022, things practically returned to normal and we saw it work. We tried to arrange everything in record time to go along with the PBR Finals. It got us excited even more.”

And how did you manage to organize everything?

“Actually, Luciano was the one who set it up, he’s so good at it (laughs!). And I had dreams of going to Disney. So he arranged for us to go to the parks before we went to Texas. Then, who just closed the hotel and tickets, went to him Monica Journey,

First Disney, meeting Mickey (laughs!) and then Texas, what was the first thing you did when you came?

“Since we stopped traveling, I started texting a number of people I know who live there. I wanted to lease a horse. Even if it was a small competition or I was a horse. I didn’t even know it, I wanted to feel the taste of the competition there. It was always a big dream!

Joao Leao, who has been living in the United States for 4 years, and I already knew him in Brazil, immediately invited me to his home. We went and everything was wonderful. I got to know the farm, I was very well received by his family and I also rode the best animals trained by him. It will remain in my heart, all this welcome and affection is with us.”

I see you won a prize check.

“That. After a short ride with Joao, we got on the horses and went to a race that takes place every Wednesday near his house. I finished in 3D entering the prize area.

I left Brazil with the thought that even if I didn’t win anything, I was already fulfilling a dream. But when I qualified and got an American check with my name on it, hahaha, that was awesome!

Best of all, the one thing I loved the most was that I was living every moment. I was upbeat and calm at the same time, without the pressure and anxiety that sometimes get in the way, just fine.”

And rodeo in Fort Worth, how did the opportunity come about?

“All the emotions of winning an award on American soil are not enough, when I went to meet Fabiano Vieira (recently retired bull riding competitor) whom I have always been a fan of, he sat a horse and said: ‘Go train, Let’s change some minds’. He’s very good at tambour and he doesn’t know how he hides milk (laughs)!

And the farm is great, it has animals for rent, as well as wonderful accommodation. I spent a few days there and before leaving, we went to a rodeo in the famous downtown Fort Worth Stockyard Coliseum,

Ah, it was like another dream come true. I’d seen the rodeo there before, but I never thought I’d enter that field to compete. For those who want to move to Texas and run a rodeo, give it a try, I recommend Fabiano Vieira’s ranch. He does all this work with his family, which I also liked to know about!”

Diane Shroud’s special tip for those who want to move to Texas.

“I think people who are into rodeo and horses and will be traveling to Texas should check out Fort Worth Stockyards. It’s the city of Fort Worth, Texas, where everything revolves around the western world. Every year throughout the year A rodeo takes place on Fridays and Saturdays.It features traditional parades with the appearance of the famous Longhorn cattle.

And we feel the passion of locals and tourists alike for the Western lifestyle. It fills up every week, with no concerts by a famous band. It’s just rodeos, contests, animal parades, themed shops and bars. It is very beautiful to look at. And I was very happy to be there.”

Would you rather spend a season in the United States?

“Oh yeah it will. I guess six months isn’t enough. If I were, it should have been at least a year. Maybe running the PRCA circuit in a trailer like every competitor. I love this experience.” Want to live, I really want to. But, it’s not something that is in immediate plans. But in all of God’s plans, who knows?”

“Yeah. It was a big dream. Ever since I started competing, in 1998, 1999, I watched the PRCA Finals on TV. It was on ESPN and my mom recorded it so I could watch it several times later. I was hallucinating, flashing, it was all very different, unusual for our reality.

It was very special to be there, riding and racing after such a long time. Not only competing, but enjoying every moment, it was important. From grooming and grooming the horse to warming up, paying attention to other competitors, they prepare themselves.

Running is great, but doing what we love is different. It was very special to get this opportunity in another country. And even with this career time I have, I feel like the dream never ends. ,