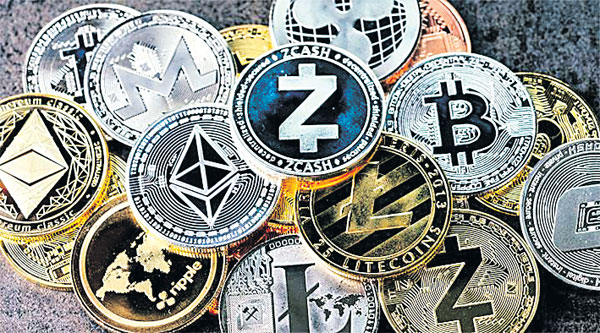 Amravati today: ‘Click on the link we have sent. If you log in and invest in it, then you will get a commission of 3 to 4.5 percent on it. If you invest at least 10 thousand rupees like this, then you can earn a profit of up to 30 thousand rupees every month. I am joining it and getting benefited. Join and stay home and make a profit’, he said on his cell phone seeing messages coming from friends, relatives and acquaintances and believing that it was all true. Based on that link, go to the website of the respective company and enter the details. Initially a small amount was invested. As mentioned earlier, over the years with commissions coming to them from time to time.. more money was put into it. They said they would get some money as a bonus if they added new ones and sent the links to others and dragged them into quicksand. Two or three months later, the company shut down its website and the board flipped through the lab. Not just one or two, but thousands of people have fallen victim to it in the states of Andhra Pradesh and Telangana. Several victims on Tuesday complained to the national cybercrime portal that the cryptocurrency ‘BeastStampGroup.com’ website had submerged itself vertically. No case has been registered against him so far. Most of the victims are from Hyderabad, Vijayawada, Visakhapatnam and Guntur.

* ‘bestampgroup.com’ (http://bstampgroup.com) If they log in and invest in the website they are given four tasks a day. If you register them there then you will get Rs 75 to Rs 120 per task. There is profit every four hours. Company Server is headquartered in Hong Kong.
* Some people invest in cryptocurrency without knowing it. He divided some packages into VIP, VIP1, VIP2, VIP3 based on the amount invested and believed that the commission would come accordingly.
* It is expected that the more members are enrolled by sending the link to this website, the more bonus will be received and the bonus will also be received by those who join under them.
* Now that the company’s fifth anniversary has arrived, everyone’s income will be doubled, and a new entrant will be offered the 25 percent bonus they’re currently paying. Thousands of people unknowingly joined this link from one to another.
* The company shut down its website in the first week of September. Closing the link revealed that the victims had been duped.

See also  'How my image ended up breaking Android phones'