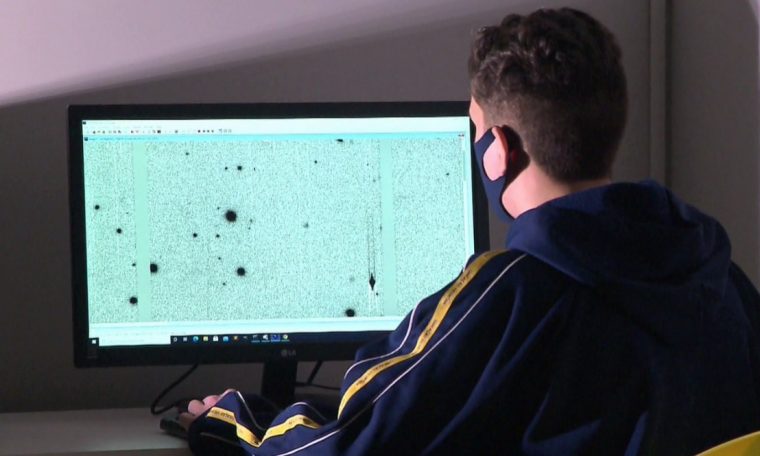 At 17 years old, Nathan Lins de Andrade is a third year high school student at a private school in Curitiba and he has a huge accomplishment to share: discovered an asteroid.

This discovery has come to the fore through NASA’s International Astronomical Search Collaboration (IASC) project. The asteroid was identified by the student in images collected by the PANSTARRS 1 telescope in Hawaii in February 2020, but was only confirmed in March of this year.

Asteroids are rocky bodies with no defined shape, which orbit through space.

In recognition, Nathan will be able to name the asteroid. The student states that the name chosen was ita kovyu, which means “Universal Rock” in Guarani.

“The name I chose would be something for everyone, in addition to Rocha Universal, to enhance the Guarani language, something from our beginnings”, Nathan highlights.

The student participates in a study group at school. – Photo: Reproduction/RPC

A science enthusiast, the student participates in a study group on the subject and this year he was also a gold medalist in the Brazilian Astronomy and Astronaut Olympiad (OBA).

For Amaury José da Luz Pereira, coordinator of the Astronomical and Planetary Observatory at the Colegio Estadual do Paraná, the initial interest in the subject could be an investment for the future.

“Such knowledge that Olympic medalists also build their student, academic and professional curriculum. It can be used in future scholarships, undergraduate and graduate programs,” the professor said.

According to Amaury, the Colegio Estadual do Paraná (CEP) strives to train young people passionate about the subject. To stimulate students’ curiosity, the school has an astronomical observatory in rural Curitiba, which is used to conduct practical activities before the pandemic.

Eran Martins Ramos, 14, is a student of CEP and also a gold medalist in the Brazilian Astronomy and Astronaut Olympiad. He says the school’s encouragement is fundamental and that he plans to continue studying astronomy to become an astronaut.

“There are many beautiful and curious things to be discovered outside the Earth. This is one of the facts I love astronomy for. To discover, to find new forms of life, new questions, and I want to answer them. I will try”, said Eran.

VIDEOS: Most views from G1 PR in the last 7 days