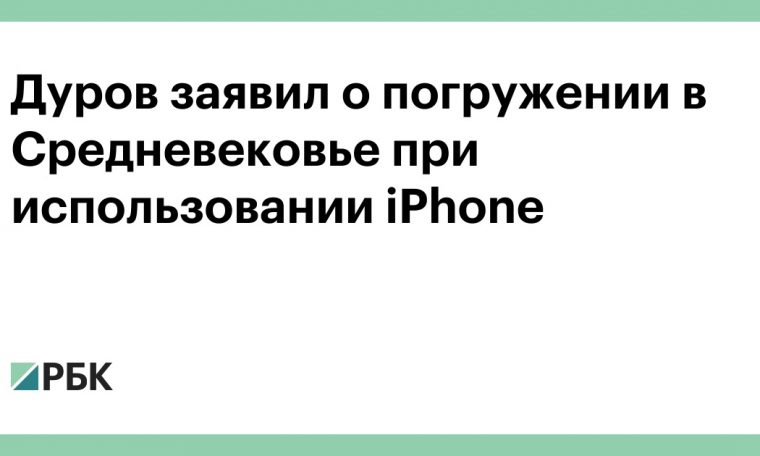 The founder of Telegram forced digital slaves to iPhone users, and also commented on a NYT article claiming that Apple has tied up with Chinese authorities to develop businesses in the country.

“Every time I have to use my iPhone to test my iOS app, I feel like I’m thrown back into the Middle Ages.” wrote He is on his Telegram channel.

However, “the worst part of Apple technology is not heavy equipment or older equipment,” the businessman continued. In his opinion, owning an iPhone makes people digital slaves to Apple, because of the applications they are allowed to use only those that Apple “allows you to install through your App Store”, And for data backup – iCloud only.