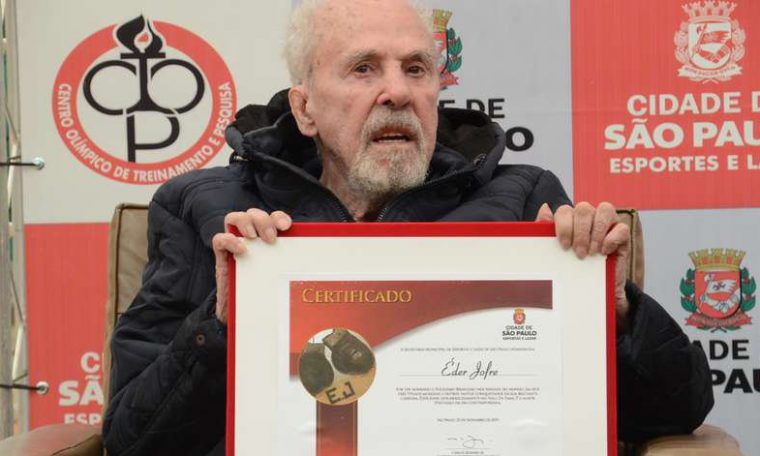 Eder Joffre, regarded as one of the greatest Brazilian boxers in history, received a tribute this Monday to remain immortal in history. The Golden Rooster, who turned 85 in March, won an unprecedented and exclusive series of medals produced by Casa da Moeda to celebrate the victory of the third World Championships won by Brazil in 1960, 1963 and 1970.

Crafted with a special finish, the medals feature images and a signature of Eder Joffre, as well as a description of the game and the year of the World Cup. The pieces are available in gold, silver and bronze and have a reflective background with limited and numbered runs, and certificates of authenticity, in addition to the luxury case. They are for sale on the websites of Club da Medla and Memorabilia do Esporte.

“These medals bring back very special moments for me and my family. I am proud to represent my country and win three world titles for Brazil. I am very happy with this honor and I am proud of Memorabilia do Sport and Mint. Appreciate the affection. For me,” says Eder Joffrey.

On the 17th, Eder Joffrey traveled to California to be acclaimed into the West Coast Boxing Hall of Fame in the United States. He was one of the first to join the likes of Muhammad Ali, Joe Louis, Rocky Marciano, George Foreman and Sugar Ray Leonard at a Los Angeles hotel.

With a record of 81 fights, 75 victories (51 by knockout), four draws and only two losses, So Paulo Eder Joffre is the successor of Joffre-Zumbano, the most traditional clan of the great art. His father, Argentine Jose Aristides Joffre, “Kid Joffre”, made history in the sport and was responsible for inspiring his son, who fell in love with boxing.

On October 8, the Golden Rooster completed 45 years of the Rings’ departure. The boxer left the scene with a victory over Mexican Octavio Gomez on points at the Ibirapuera gymnasium in So Paulo.