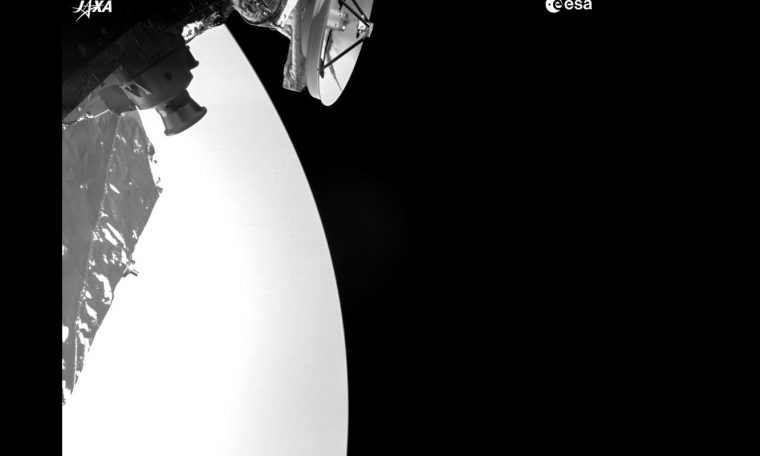 Venus was in the middle of the BepiColombo spacecraft. And since she was around, why not take a “selfie” with the planet? The record was captured in black and white this week by missions en route to Mercury – a partnership of European (ESA) and Japanese (JAXA) space agencies.

According to ESA, the image was taken by Monitoring Camera 3 on the 10th, when BepiColombo was about 1,500 kilometers from Venus. The closest approach to the planet was 552 kilometers away.

The mission is expected to make the first flyover over Mercury on October 1 or 2 and enter Mercury orbit in 2025. The researchers intend to learn more about the rarefied atmosphere of the nearest star to the Sun.

Venus was also on its way to another mission this week. Solar Orbiter made a flyover on the last 9th and reached 7,995 km from the planet. It is a partnership of the European Space Agency and the North American Space Agency (NASA). In this case, the aim is to study the Sun’s surface in addition to the solar winds and the effect of the star on our system.

According to ESA, the two missions, which were 33 hours apart, felt the effects of gravity and temperature as they approached Venus. Among them, temperature variations in the solar panels, and minor changes inside the spacecraft. Other impacts are being analyzed by the responsible teams. The space agency also states that it was possible to gain information about the planet’s atmosphere in interaction with the solar winds.

The data collected during flights on Venus was converted in frequency to be perceptible to the human ear. So the “sounds” coming from Venus can be heard here:

The Solar Orbiter mission was launched in 2020 and BebiColombo in 2018, with careful planning on the trajectory and amount of fuel to reach the destination.

The script for the two missions features Venus, which is strategically located on the way to Mercury and the Sun. Venus, which is the closest planet to Earth (about 50 million kilometers), will serve as a “gravitational catapult” for the spacecraft. Earth. The last stop.

“The BepiColombo and Solar Orbiter spacecraft are heading toward the interior of the Solar System, and using Venus’s gravity-assisted maneuvers is an excellent way of ‘catapulting’ the probe, thus adjusting the fuel to the desired orbital trajectory. do”, explains Professor Jose Leonardo Ferreira of the Institute of Physics of the University of Brasilia (UNB).

According to a space science expert, gravity-assisted orbital maneuvers are a strategy adopted in many missions, as in the case of the Voyager probes, which are currently going out of the solar system.

“In addition to good fuel economy, the maneuver allows the spacecraft to reach the planet, thus enabling a more detailed observation and experimentation with on-board cameras and sensors”, he says.

The professor also recalls that BebiColombo has an advanced electric propulsion system, also known as a plasma thruster, to reach the planet Mercury.