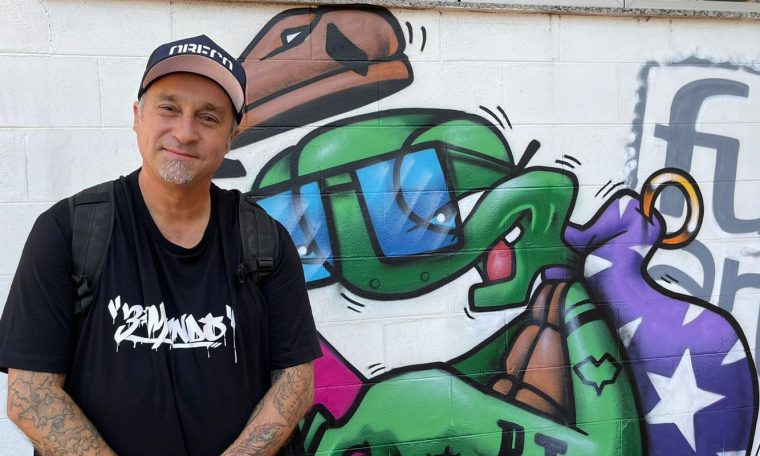 The National Arts Foundation (FUNert), the Federal University of Rio de Janeiro (UFRJ) and the Bob Bernquist Institute will present Fun Arte – Circuit Art with Skate and Culture from today (26). This is the first Rio edition of the event, which was launched in So Paulo in November 2021, and will have two new editions this year: in Belo Horizonte, in August, and in Brasilia, in December.

Activities are free and include sports, music, circuses, graffiti, plastic arts, the creative economy and technology. The event will be held at the National Circus School located in Praça da Bandera, Rio de Janeiro, until next Sunday (29). Tickets can be obtained in advance on the event website, The full schedule can also be access the internet,

The meeting is attended by skateboarder and world reference in sport, Bob Burnquist, who will receive visiting experts in topics such as content creation, crypto art and the creative economy in workshops and lectures, which will be broadcast live over the Internet.

Funarte President, Tamioo Athayde Marcondes said the event is a way to promote and encourage urban art in Brazil. “The public power belongs to urban art and wants to include it in the national artistic calendar,” he said.

According to him, it was necessary to find a symbol of this art and skateboarding was used as a starting point. “Besides sports, it’s attitude, it’s culture. It includes the creative economy, it includes music, it’s fashion. And nothing better than to call it Bob [Burnquist] To participate.”

The partnership with UFRJ is done through the School of Music, which serves the roles of curator and executive production for the project. The public will be able to learn a little more about the sport and participate in workshops, talk circles, and watch artistic performances.

The idea is to show that skateboarding is a lifestyle and also a tool for social change, highlights Bob Burnquist, the greatest medalist in the history of the X Games, the most famous competition in extreme sports with a total of 30 medals. Is. in an interview with Brazil AgencyThe player insisted that skateboarding changed his life.

Bob Burnquist highlights that skateboarding is not easy because the sport has tricks that often require hours of training.

“For me, that is a life lesson in itself. And I saw that I could deliver a message closer to the language of young people. Using skateboarding as a tool for resilience to social change, as we know it. It’s not easy for these kids. But skateboarding makes them understand that, in life, we’re going to fall. But, with discipline and willpower, you get through it, it’ll work. I think that as a citizen The skater is more flexible.

Through Sunday, Bob Burnquist will be at the event participating in youth conversations and putting art on the walls. “I’m enjoying the conversation, conversation and event here at this wonderful place.” He will take students from his social institution to a presentation at Fun Arte. It will be a great party among friends”, he assured.

Bob Bernquist is the only Brazilian to have been voted Skater of the Year by Thrasher Magazine. The Brazilian skateboarding art and style became a world reference by revolutionizing the sport with the maneuvers he created and eight-time champion in the 105 meter long and 27 meter high structure Mega Rampa. Bernquist is divided between California (United States) and the city of Rio de Janeiro, where he founded the Social Institute with the aim of inspiring, educating, and transforming children and youth through exposure to skateboarding and the arts. ,

Pop singer Larry’s shows are scheduled; rappers Ryan Realcry and Tylan; DJ McKintle and Tammy; and, also, of the group Instinto Coletivo, which brings to its repertoire the greatest hits of the band O Rappa; and singer and actor Andre Frateschi, who was on tour with Marcelo Bonfa and Dado Villa-Lobos to celebrate the 30th anniversary of Legio Urbana.

The program also includes presentations of circus art, such as contortionists, clowns, acrobats and jugglers, workshops dedicated to graffiti, techniques for circuses and DJs. Throughout the event, there will be a stand for the Arte na Fonte project (@aartenafonte on Instagram), an exhibition of works by eight artists from across the periphery, specially crafted for the occasion. These works can be acquired by the public and 80% of the proceeds received will be donated to social projects.

Access to activities is subject to the capacity of the venue, in the order of arrival, highlighted by the organisers.