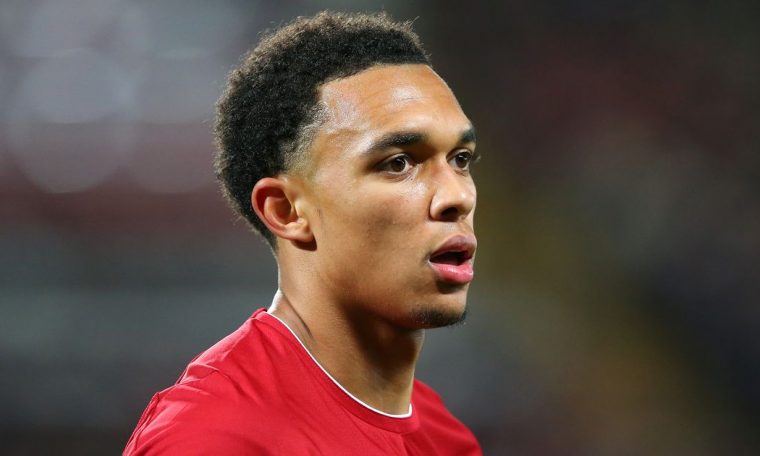 Jamie Carragher has likened Trent Alexander-Arnold’s rise at Liverpool to that of Steven Gerrard’s in the late 1990s.

Gerrard made his Reds debut in 1998 and went on to make 710 appearances for his boyhood club, becoming widely regarded as one of Liverpool’s greatest-ever players thanks to a glittering career at Anfield.

Gerrard left the club in 2015 with two FA Cups, three Leagues, a UEFA Cup and the 2005 Champions League on his Anfield honours list.

Alexander-Arnold has blossomed into one of the finest right-backs in world football during his time in the Liverpool first-team with the 21-year-old now up to 131 games under Jurgen Klopp.

The full-back was instrumental in helping Liverpool win the Champions League, Super Cup, Club World Cup and Premier League over the last year and the West Derby-born defender was named on the shortlist for the 2019 Ballon d’Or as a result of his performances.

Carragher seems similarities between the way both Gerrard and Alexander-Arnold have thrived once being put into the first team at Liverpool.

“He looks a very level-headed lad, he’s been brilliant, hasn’t he?” Carragher told the ECHO.

“To be honest, he reminds me of Stevie Gerrard in some ways. Yes, they are good players at the Academy but no-one could ever know for certain what could happen in the first team.

“They would have known they had a special player but sometimes when you go into the first team people just completely take off and before you know they are one of the top players in the world. And that is what has happened to Trent.

“I think he tells a story when he played against a winger against Manchester United when he was 15 or 16 and he was given a really tough time in a youth game and he’d never played there before and it was a position he was getting used to.

“That shows you the development and improvement in him. And he has just completely taken off now where he is the most creative player.

“He is the most creative player in the best team in Europe and he is a 21-year-old lad from Liverpool playing at right-back.

“It just shows you what he has actually done to the position. He has made the position sexy again shall we say after Gary Neville made it very unsexy!”