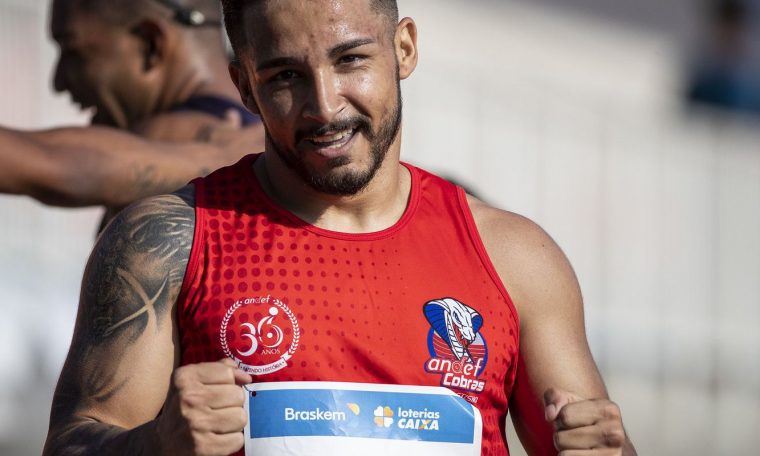 Another runner reached the index to represent the Brazilian athletics team at the Paralympics in Tokyo (Japan). This Wednesday (9), Fabio Bourdignon not only set the mark in the 100m of the T35 class (cerebral palsy), but also broke the record for America in the race, which was his own, hitting 12s40 on the second day. Paralympic selective of modalities held at the Paralympic Training Center in So Paulo.

As of Saturday (12), the event is aimed at sprinters. From next Tuesday (15th) it will be the turn of the athletes of long jump and field competition apart from long jump. The controversy continues on Thursday as well.

“It’s very gratifying to go back to the race and reach the index for Tokyo. For me, it’s definitely overcoming everything, the pandemic, I’m coming back from injury, I had coronavirus. I’m training recently back on and i thank my club Andef [Associação Niteroiense dos Deficientes Físicos], Professor Amarya [Veríssimo, técnico chefe do atletismo] “For all the support,” Bordigan said on the official website of Brazil’s Paralympic Committee (CPB).

This will be the runner’s third Paralympic participation, the second in the current modalities. At the 2012 London Games (United Kingdom), he participated in Football 7, a sport aimed at athletes with cerebral palsy. Four years later, in Rio de Janeiro, already in athletics, he was a silver medalist in the 100 m and 200 m.

Last Tuesday (8), the first day of the selective, sprinters Christian Gabriel da Costa from the T37 class (cerebral palsy), and Thomaz Moraes from the T47 (arm amputees) received indexes in the 100m and 400m, respectively. Like them, the boarders are also waiting for the end of the trial on 19th and CPB’s call to confirm the vacancies.

Also on Wednesday, Alan Fontells, with a time of 11s25, broke the US record in the T62 class (lower limb amputees with prosthesis) in the 100m. However, the runner did not reach the Paralympic Race Index (10s68).