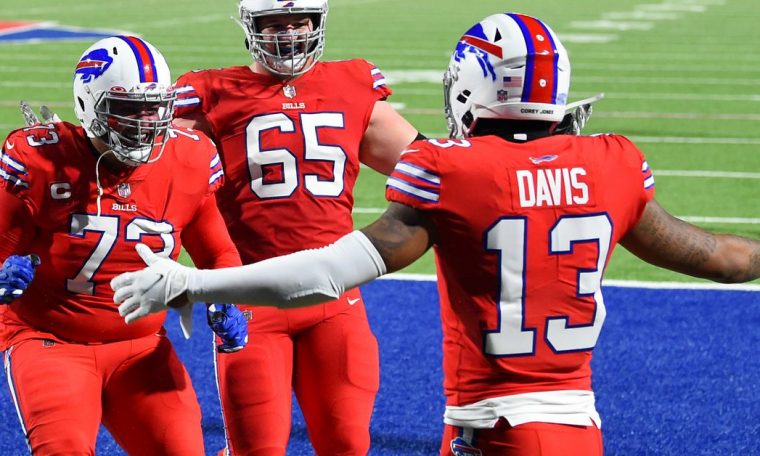 It’s that time of year again, and that means Saturday football! Week 15 brings us Denver Broncos Against Buffalo bills. Bills will be looking to win his first AFC East Division title in 25 years, and today’s victory will do just that.

Most of the fantasy points are likely to go to Josh Allen, Stephen Diggs, Drew Locke, Cole BSley, Melvin Gordon and Tim Patrick. The question is who are the one or two players who will advance this radar that will become critical in this game and help you to roster more studs and differentiate in the competition. Draftkings?

With the reappearance of John Braun this week, Davis will continue to see the outsider act as the receiver. And it has worked well for him and the team for the last three games, as he has found the final zone in each match, as well as 68 or more yards in two of those matches. Its price does not fully reflect its recent production.

Tim Patrick is a bit expensive to pick a price, as he is constantly looking for the final zone late, but Judy remains the number one recipient despite the late production decline. He doesn’t get the biggest matchup, but I like to draft expensive players at exorbitant prices.

Fant was poisoned with food last week and missed the game after the start. Some drafts may have stopped, but I’m riding on this price. Fant has dealt with injuries all season, but the reverse is high. Last week, after Fant left, Locke hit his narrow end 11 times.

The Broncos have suffered a number of defensive injuries and, in their last six games, have allowed the third-highest Draftkings points to go. Moss has played a key role, as he saw a picture of 59 percent to 40 percent of Snaps for Devin Single last week. He had 13 touchdowns in eight of the singles. This is not a big difference, and there are some exceptions to this rule. However, the Bills are backed by a 5.5-point score and I like their chances of taking the lead in the fourth quarter, giving Moss more work.