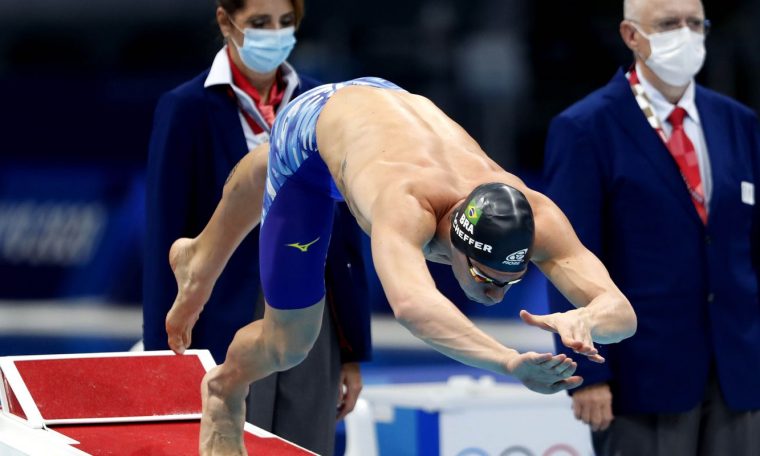 Brazilian swimmer Fernando Schaefer qualified for the final of the 200m freestyle. He came third in the first semi-final with a time of 1:45.71, the eighth best among the semifinalists. The final will be played today (26), Brasilia time at 22:43.

“I’m very happy. We went through the knockouts, the semi-finals, it’s time to rest, see what we can improve and get to the final. There is no favorite of the race. It’s time to do our best in the water Trying and whatever comes is a result”, said the 23-year-old swimmer.

Leonardo de Deus reaches the semifinals of the 200m butterfly. He was second in his heat with a time of 1:53.83, the third best score in the qualifiers and Leonardo’s best time in his entire career. He will go overboard again, already in a fight for a place in the final, tonight at 11:40, Brasilia time, already Tuesday Japanese time.

“I knew I had to push, that I had to be in the top three in the race and that was the goal. It’s time to rest up to get into the eight.” [melhores] Tomorrow,” he said. “I just swam, thought about what I trained and I believe it was executed well. We know I can do more, now time to focus on tomorrow is”, he said.