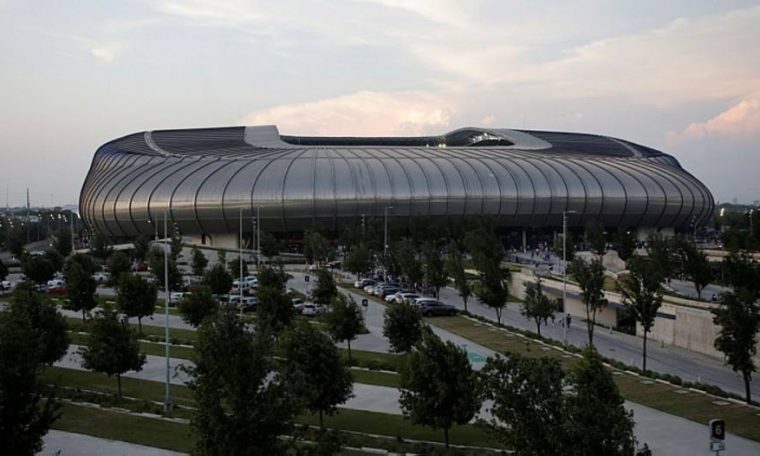 Vice President of fifa, Victor Montagliani, has guaranteed this Wednesday that the unit analyzes whether 2026 world cup, which will be organized by Mexico, America I Canada, there will be one or three opening games. “We don’t have anything concrete, the decision will be taken in February or March 2022. In 2018, the presentation document proposed three opening matches, one for each country,” he explained at a news conference in Monterrey, in northeastern Mexico.

“Now we have the same idea, but we need time to analyze it. The most important are the stadiums, but also the format of the competition,” he said. A FIFA delegation led by Montagliani, who is also the president Concacaf, is in the city of Monterrey where he will assess the Raidos Stadium, BBVA, one of three proposed venues by the Mexican Football Federation (FMF) for the 2026 World Cup.

In addition to reviewing the stadium located in the municipality of Guadalupe, near the Nuevo León state capital Monterrey, FIFA’s Director of Urban Logistics will also test it. “The stadiums in Mexico are fantastic, like here in Monterrey. They are different from what we have in the United States, designed for American football, not ‘soccer’ as it is here”, said the head of CONCACAF.

Together with the BBVA, the FMF proposed the Acron do Chivas Stadium in Guadalajara and the legendary Azteca Stadium in the capital, which seeks to host the opening match of the World Cup for the third time after playing in the previous editions. 1970 and 1986. “All stadium problems can be solved here, in the Azteca or in New York. We are here for him, to work on the problems he faces and to solve them over the next three or four months when We define 16 establishments”, highlighted Montagliani.

FIFA’s Director of Events and Tournaments Colin Smith noted that the aspects that will be tested in Monterrey will be transportation, accommodation for players and tourists, conditions for stability and media work. “We will see how the city security agencies work, what are the facilities in terms of transport and accommodation and in these terms, a global analysis is done to see the steps to be followed”, he said.