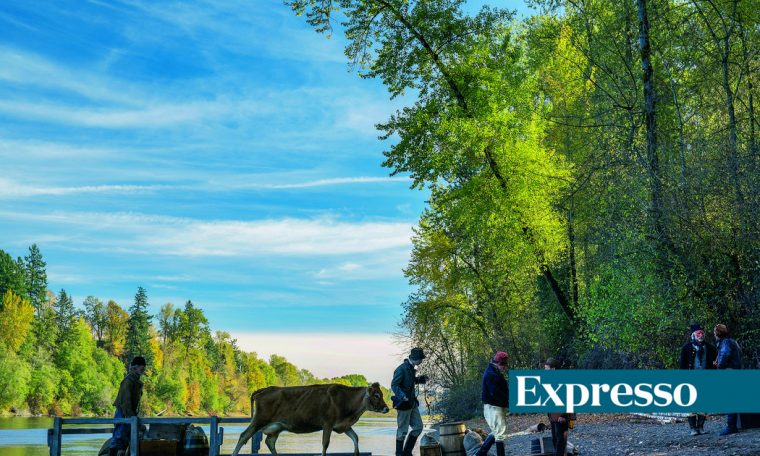 The Portuguese title that was given to “First Cow” tells us about “America’s First Cow” and, apart from a joke, this is at least a false hoax. It’s just that Kelly Reichardt’s film takes place in 1820 and that at that time, cows in the United States were already counted by dozens of herds. It was the Spaniards who took them to the New World some 300 years ago and landed them in what is now Mexico – let’s be clear with the story because this film deserves that rigor. No, what Kelly Reichardt tells us about is what is believed to be the first cow, yes, in Oregon County—in a mountainous area in Northern California, then inaccessible, almost wild at the time the movie takes place.

And here there is a huge difference. “First Cow” adapts a specific section of the novel “The Half-Life” by Jonathan Raymond, the filmmaker’s regular collaborator and screenwriter for nearly all of his films since “Old Joy”. And it’s worth remembering that Kelly, born and raised in Florida (her first film “River of Glass” was still shot between Miami and the Everglades), settled in Portland, the capital of Oregon (as she did before that). Gus Van Sant) All of his films (except the recent “Some Women”) are directly tied to that area.

This is an article in the weekly Expresso. Click Here to continue reading.

At Expresso we value free and independent journalism

did you buy express?

Enter the code in the Revista E to continue reading