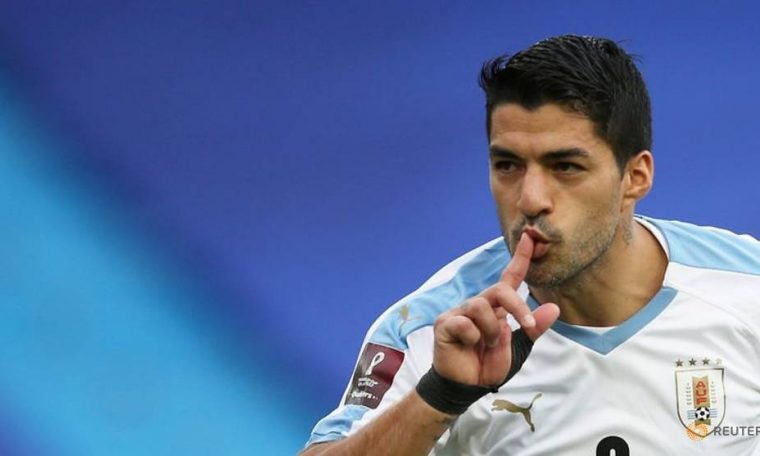 Barcelona: Atletico Madrid and Uruguay forward Luis Suarez have tested positive for the Covid 19, the Uruguay national team said in a statement on Monday (November 16).

Uruguay’s statement said that in addition to top scorer Suarez and stand-in goalkeeper Rodrigo Munoz, a staff member has tested positive. The other members of the team took all the negative tests before the World Cup qualifier on Tuesday at Brazil’s home ground.

The statement said that both the players and the staff members are in good health and said that the team has followed the protocol and taken appropriate measures after the result.

Suarez, who took the penalty spot in Uruguay’s 3-0 win over Colombia on Friday, has now been ruled out of the match against Brazil.

He will almost certainly miss his club’s La Liga match against his former club Barcelona on November 21.

Uruguayan are Atletico’s joint-top scorers this season with Jota Felix, having scored five goals since switching to a free transfer from Barca in September.

Suarez is a new high-profile player to test positive for the virus during an international break after Liverpool’s Mohamed Salah fell ill during Egypt’s duty duty.