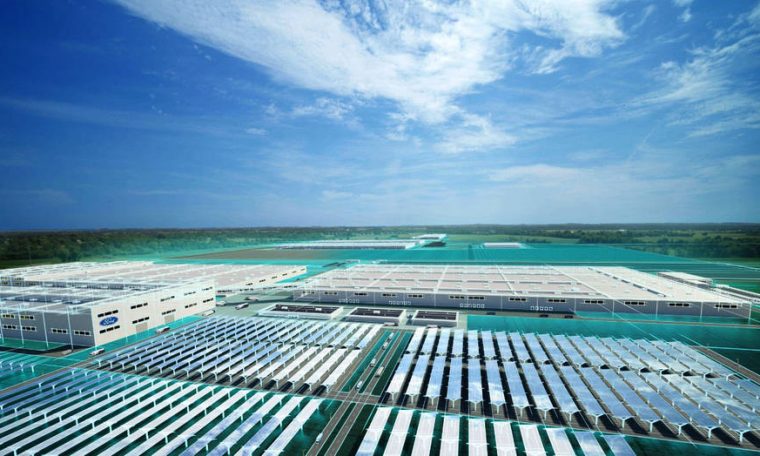 Washington – A Payab On Tuesday, 28, the largest investment in its history, US$7 billion, for construction, was announced together with SK Innovation, two campuses for the manufacture of electric vehicles and batteries in the states of Tennessee and Kentucky in the United States. In total, the two companies will allocate US$11.4 billion to the project.

Ford also reported that it will invest a total of US$30 billion in the electrification of its products by 2025. The company estimates that, by 2030, 40% to 50% of the vehicles produced in the world will be fully electric.

The automaker and South Korean SK Innovation will build two new facilities: Blue Oval City, in Tennessee, and BlueOvalSK Battery Park in Kentucky. The first unit will produce electric vehicles and batteries, while the second will be exclusively for manufacturing batteries. The investment, which will create 11,000 direct jobs in Tennessee and Kentucky, represents the largest single investment ever announced in electric vehicle technology in the US.

Ford CEO, bill ford, announced the investment at an event in Tennessee on Tuesday, saying that building the Blue Oval City opens the door “to a brighter future” for the nation and the planet.

Bill Ford, the great-grandson of the company’s founder, said that just as Ford led the Industrial Revolution, helped create the middle class and contributed to “the victory of democracy in both world wars”, it is now a means of industrial change to counter will lead. climate crisis. “This is the time when our leadership matters. The world is changing profoundly,” he said.

Ford CEO, Jim Farley, said BlueOval would mark the “start of a new golden age” of the automobile. The $5.6 billion investment in Tennessee will create Blue Oval City, a 14.5-square-mile facility that will employ 6,000 people to manufacture Ford F-Series electric pickup trucks and batteries.

According to Ford, the facility will be one of the largest auto production facilities in US history and will act as a “vertically integrated system” encompassing the supplier base, which will reduce costs and reduce environmental impact.

The company argues that the facility’s vehicle assembly plant will always use cloud-based technologies, “which will lead to huge improvements in quality and productivity.”

In Kentucky, Ford and SK Innovation will invest US$5.8 billion BlueOvalSK Battery Park, a battery production complex that will employ 5,000 people. The facility, which will include two factories, will begin production in 2025 and supply the batteries needed for the company’s new electric models. Bill Ford stressed that the new production facilities would be emissions neutral and would not generate waste.