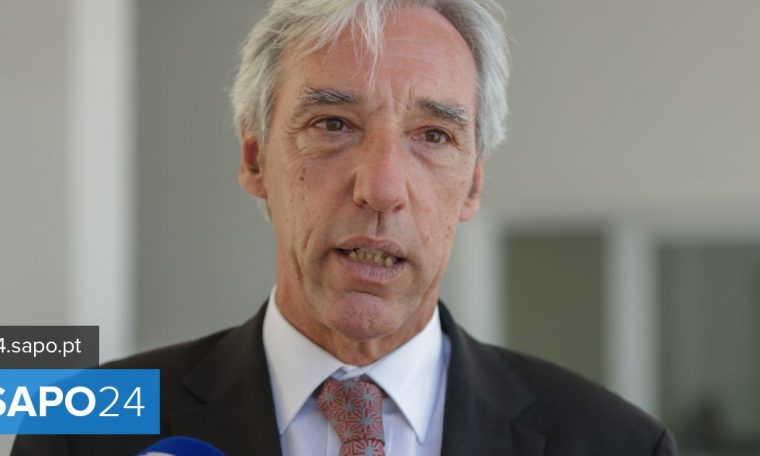 Joo Gomes Cravinho, who is in New York for a series of meetings and events at the United Nations (UN), traveled to Newark in the state of New Jersey, where he was introduced to the local Portuguese community, the largest in the United States. . , , which gave him some concerns about consular services.

In an interview with Lusa, the minister said that, although Newark has no problem “in terms of meeting the demand” for consular services, in the coming weeks he will give some answers on the salary problems presented, “not only in Newark”. but in many other countries. Consulates where there is a lot of pressure and difficulties”.

“We are conducting a global analysis of the consular situation. Here, in Newark, there is no problem in terms of demand, meeting the needs of the community and those applying for visas and other documents related to Portugal. It works,” Cravinho said.

“But there are two related problems. In fact, the pay level is inadequate and we need to know how to respond to that. And, associated with it, we have the aging process of the employees. In other words, the rejuvenation of the employees. It is difficult to do”, he explained.

In this sense, and taking into account the difficulties being felt in various consulates around the world, the MNE announced that it would be meeting next week with the Secretary of State for the Portuguese Communities to “survey and identify those answers”. those that can be developed in “every kind of situation”.

“Coming to Newark was very helpful in understanding the specific context of the city and the answers it gives us,” he stressed.

On Tuesday, Joo Gomes Cravinho visited Newark’s Consulate General and later went to East Side High School, where he distributed school textbooks in an initiative of the Camos Institute, which aims to strengthen library capacity and available educational equipment. Portuguese language teacher.

It is “the largest high school in Newark, with more than 20 Portuguese teachers including its director”, the minister said.

The trip to Newark ended with a meeting with the Portuguese community of New Jersey at Sport Club Portugues, a century-old club that has served as a meeting point, but also for many generations of immigrants to the region. as a safe haven for Decades over many years.

And it was at Sport Club Portugues that some members of the Portuguese community reported to Lusa the problems they hope to solve after this visit to the MNE.

“The consulate is working well, but there are still people who are seeking citizenship and are not able to serve. Therefore, they have to hire more people and they also have to be paid better. Those working there Most people don’t earn much”, said Portuguese Jose Carlos Rodrigues, assessing that the Newark consulate has not been able to meet demand.

“The passport renewal process, for example, is easy, but they do not have much help. More people are needed in consulates and better pay,” he explained.

“The Portuguese community will have a lot of requests, but the important thing for Portugal is not to forget about the expatriates, not to forget that through investments, when they go on vacation, the immigrants can help Portugal and its economy. and it is important”, in turn, defended Helena Vinhas, president of Sport Club Portugues.

The community’s concerns were confirmed by Pedro Monteiro, the Portuguese Consul General in Newark, who stressed that the MNE is “well aware” of the situation and is “working” to resolve it.

“The main concerns pertain to the functioning of the consulates. The consulates have tried, but sometimes they have some problems related to human resource, but the minister is well aware of this concern and is working in this direction,” he told Lusa.

According to Pedro Monteiro, the minister’s visit to Newark made it possible to highlight “the strength of this community and the various fields it exists”, by teaching the Portuguese language in the business or construction sector, “where the Portuguese are plentiful”. Strong”.