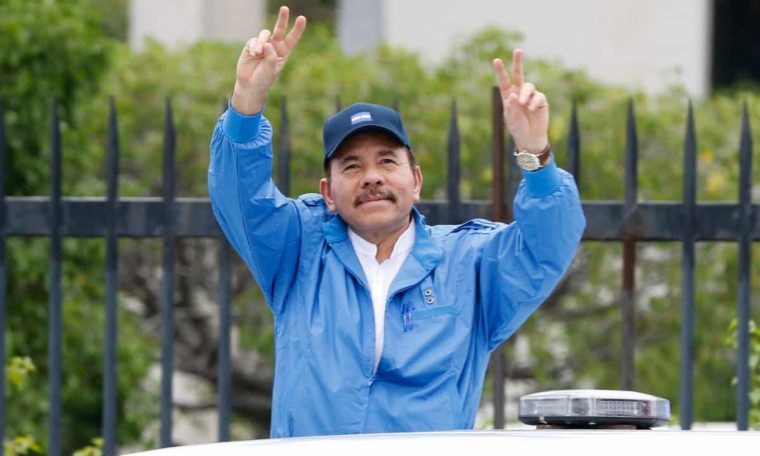 “We condemn the kidnapping of former Foreign Minister Francisco Aguirre, who was wrongfully detained by the police,” wrote the opposition coalition National Unit Blue and White (UNAB) on the social network Twitter.

According to the France-Presse (AFP) news agency, the Public Ministry confirmed that it had asked a judge to “extend the period of investigation and judicial custody” against the former head of diplomacy, a request that was accepted on Thursday. such as judicial custody for a period of 90 days.

Last February, parliament approved a punitive reform in the hands of the ruling party that allows authorities to detain individuals under investigation for 90 days, up from three days earlier.

Francisco Aguirre, a 76-year-old economist and political analyst, is being investigated for “allegedly acting against Nicaragua’s independence, sovereignty and self-determination” and for allegedly inciting “foreign interference in internal affairs”, according to the Ministry of Public Affairs. According to, quoted by AFP.

They are also accused of celebrating “imposing sanctions against the Nicaraguan state and citizens,” a sign of the nearly 130 international sanctions adopted since 2018 against officials and people close to President Ortega for human rights violations.

Aguirre, who was Nicaragua’s ambassador to the United States and later head of diplomacy during the government of President Arnoldo Aleman (1997–2002), has been critical of Daniel Ortega’s policies in power since 2007.

The former head of diplomacy, who also worked at the World Bank, is the 30th opposition leader to be detained since June.

Perazza, a professor of political science, was the 22nd opposition leader to be arrested, along with seven other potential presidential candidates, on charges of treason, in reference to the regime’s repressive response launched two months earlier.

On Saturday, another opposition leader, Noel Vidoure, was placed under house arrest and taken into police custody, as was political commentator Jaime Arellano.

Almost all politicians who could challenge Ortega are now taken into custody and mostly in unknown places and out of reach without lawyers or family visits.

Ortega is a former Sandinista guerrilla who returned to power in 2007 and is seeking re-election for a fourth consecutive five-year term in office on 7 November.

Ortega, 75, who coordinated a government board in Nicaragua between 1979 and 1984 and presided over the country for the first time between 1985 and 1990, claims that organizing protests on the country’s streets in April 2018 was part of a coup attempt. Part was foreign support.

Nicaragua’s president has accused opposition leaders of trying to overthrow him with the backing of the United States, believing him to be a “criminal”.

On the 12th of this month, the United States announced that it would impose visa restrictions on 100 deputies to Nicaragua, as well as judges, prosecutors and other legal professionals, for their presumed role in the erosion of Nicaraguan democracy.

In a statement, US Secretary of State, Antony Blinken, said the sanctions included the cancellation of visas that some of those approved could still hold and could also affect many of their family members.

Blinken assured that all those approved were “helped to facilitate democratic measures” by Ortega’s regime and the woman, Vice President Rosario Murillo.