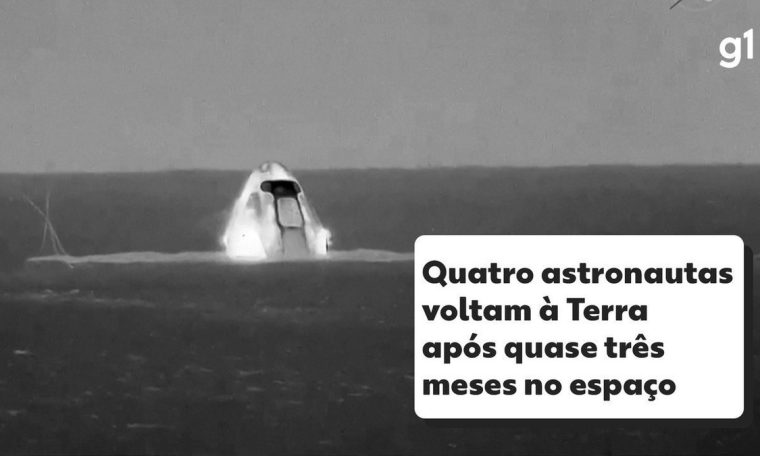 After nearly three months in space, aboard the International Space Station (ISS), three American astronauts and a German returned to Earth in the early hours of time in Brazil this Friday (6). SpaceX’s Dragon capsule, which is in service with NASA, landed safely off the coast of Tampa, Florida. The team has conducted orbital research from space-grown peppers to robots.

The capsule was rescued by a ship.

A week earlier the crew on the ISS was replaced by four other astronauts: three Americans and one Italian. Three more Russian cosmonauts remain on the station.

The astronauts who returned this Friday performed several scientific experiments. They studied, for example, how cement hardens in the absence of gravity, something that could be very useful for future construction, including the Moon. He also built a second collection of chili at the station.

The spacecraft’s re-entry into Earth’s atmosphere generated frictional heat and raised the temperature around its hull to 1,930 °C.

Two sets of parachutes opened over the capsule in the final landing stage, slowing its drop to about 24 km/h before hitting the water.

Two sets of parachutes opened on top of the capsule in the final stage of the descent. – Photo: NASA TV / AFP via Photo