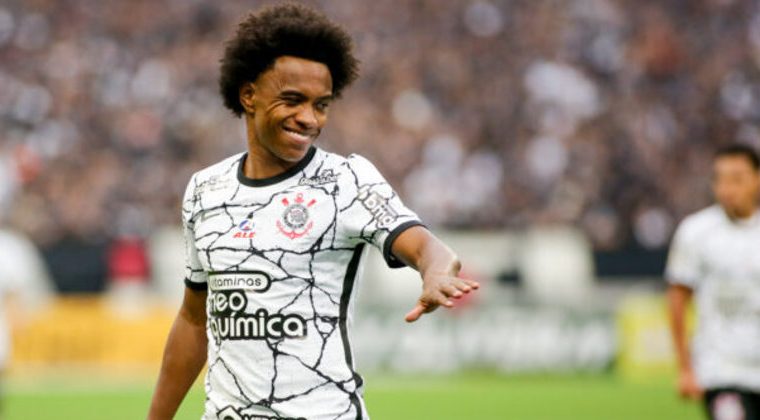 With assists for goals from Paulinho and Lucas Piton, 3-1 win over BotafogoIn Brasileirao’s debut, attacking midfielder Willian joined the team as leader in this aspect along with three other names. CorinthiansWith three goal passes.

He equaled right-back Fagner, midfielder Giuliano and striker Roger Guedes, who also gave his third assist to midfielder Gustavo Mantuan on Sunday (10). Midfielder Renato Augusto with two, and Edson and Gabriel Pereira, who were traded to US Football, have one each.


Willian has a goal this season. In addition to three assists, striker Roger Guedes is the Parque So Jorge club’s top scorer in 2022 with four goals along with midfielder Paulinho. With two are: Fabio Santos, Xu, Renato Augusto, Gustavo Silva (Mosquito) and Mantuan.

Under the command of coach Vitor Pereira, Timo scored 12 goals (an average of 1.5 per match) and conceded nine (1.1) in eight games. There are three wins, one draw and four losses, with a 41.6% success rate.

Corinthians’ next commitment is this Wednesday (13th) against Deportivo Cali (Colombia) at 9 pm for the second round of the Copa Libertadores at the Neo Quimica Arena.


See who has the 7 coaches with the most wins in Brasileiro?