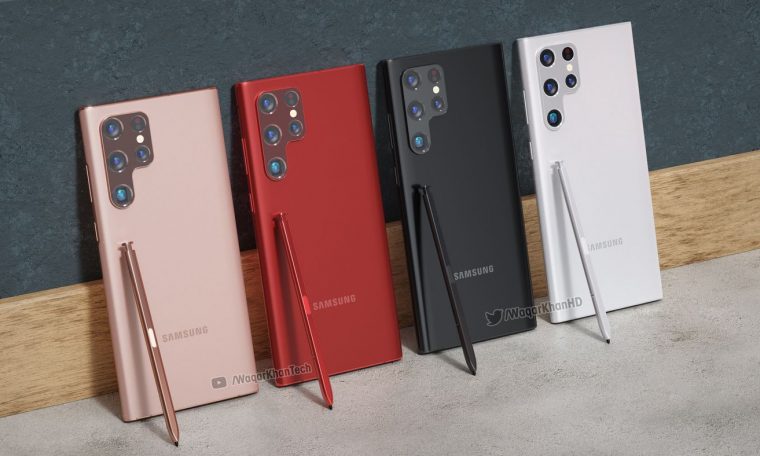 Announced in August of this year, Galaxy Z Flip 3 I Galaxy Z Fold 3 The smartphones representing the top-of-the-line category of samsung for the end of 2021. Now, all eyes turn to the Galaxy S22 expected to be unveiled by the brand in early 2022.

To give an idea of ​​what we can expect from the most powerful model in the line, designer Waqar Khan has created some renderings of the new one. Galaxy S22 Ultra Based on recent leaks, which indicate a major visual change from its predecessor to look like yet another line of cellphones from the brand, the Galaxy Note.

The entire body of the device should have a strong inspiration from the Galaxy Note series devices, which have the right of space on the body to store the S Pen. Also, the camera module on the top left comes with a strange “P” letter format to house its four cameras, LED flash and infrared sensor.

On the front, the concept points to a curved side, with a slightly more rectangular look at the corners and sides, both the upper and lower straight, reminiscent of a lot of models Galaxy Note 10 Plus I Galaxy Note 20 Ultra. The front-facing camera will be in a hole centered at the top of the screen, and the under-screen technology will not be used on the Galaxy Z Fold 3.

Unfortunately, there is still no date for the presentation of the alleged Galaxy S22 Ultra. But, everything indicates that it could be revealed in the first quarter of 2022.