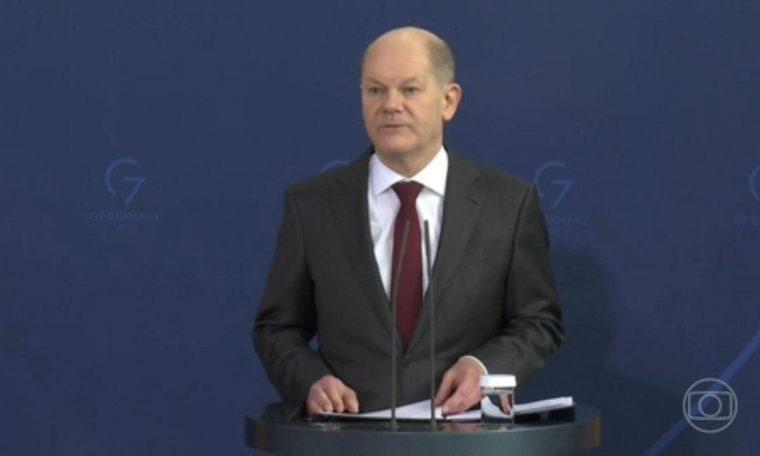 For the first time, German President Frank-Walter Steinmeier this Monday (04/04) admitted his “error” of assessment, defending the need to run the German-Russian gas pipeline Nord Stream 2 when he was foreign minister. , during the government of former Federal Chancellor Angela Merkel.

Steinmeier is a longtime advocate of reconciliation between the West and Russia. However, the German president said that Russia’s invasion of Ukraine meant he and others would have to honestly identify where they went wrong.

“My support of Nord Stream 2 was clearly a mistake,” he said. “We were joining a bridge that Russia no longer believed in and other partners warned us against it.”

In the past, Steinmeier was a prominent member of the Social Democratic Party (SPD), led by former Chancellor Gerhard Schröder, who argued that close economic ties with Russia were a way of anchoring it within a west-oriented global system. was the way. ,

The now-cancelled Nord Stream 2, which critics say has weakened Ukraine by excluding energy transit, was the centerpiece of that strategy.

“We failed to build a common European house,” Steinmeier said. “I did not believe that Vladimir Putin would embrace the complete economic, political and moral destruction of his country because of his imperial insanity,” he said. “In this I, like the others, was wrong.”

Steinmeier was the head of the Chancellor in the government of Social Democrat Gerhard Schröder from 1999 to 2005 – a position considered to be the federal chancellor’s right-hand side. He was foreign minister under the conservative Merkel from 2005 to 2009 and from 2013 to 2017 before becoming president.

While Steinmeier was the Chancellor’s Head, Schröder and his political ally, Russian President Vladimir Putin, signed the agreement for the construction of the first gas pipeline, Nord Stream 1, which became operational in 2011.

The deal was struck months before Merkel came to power in 2005. Later, Schröder became the head of the Nord Stream board, a position he still holds despite current pressure to break with Putin.

In 2011, after the start of operation of the first gas pipeline, it was agreed to increase the direct transport of Russian gas to Germany through the Baltic Sea on the construction of Nord Stream 2.

This remains the second bill, despite Russia’s annexation of the Crimea region of Ukraine in 2014. At the time, this decision was taken by Merkel and her then-allies, Steinmeier’s Social Democrats.

After weeks of hesitation and pressure from allies, the current Federal Chancellor, Social Democrat Olaf Scholz, suspended the license to implement Nord Stream 2 a day after Russia recognized the independence of the two self-declared People’s Republics in Eastern Europe. done.

However, Germany has categorically ruled out the possibility of restricting imported oil, gas and coal from Russia because of its heavy energy dependence on Moscow.

Ukraine criticizes this situation, and Ukrainian President Volodymyr Zelensky himself challenges Merkel to “travel to Bucha” to see in Loko the atrocities committed by Russian troops in the city. In a video message, the Ukrainian leader said the serious atrocities committed by the Russian military in the suburbs of Kyiv were the result of a policy adopted towards Russia in recent years.

The Polish government also called on Berlin to tighten sanctions against Russia and halt imports of Russian gas, oil and coal.