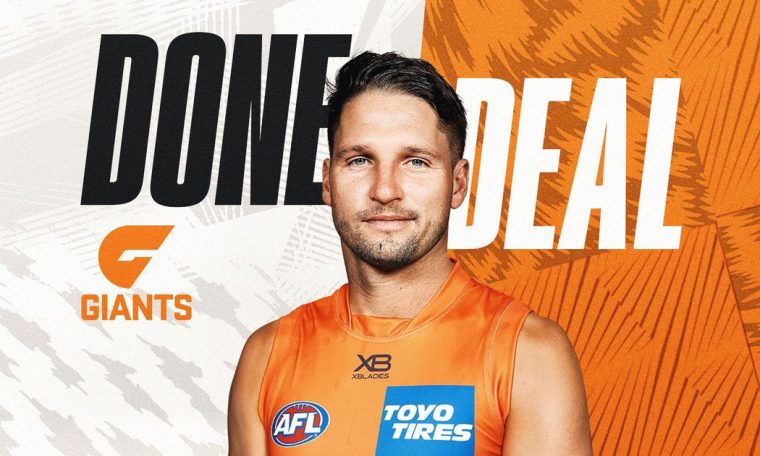 Will forward Jesse Hogan continue his career at a third AFL club after signing with Greater Western Sydney on Wednesday?

Fremantle traded the former Damon to GWS, the Giants No. 55 acquired from the West Coast for junior forward Jack Langdon.

The deal allows the Dockers to bring draft points that can be used for their next generation academy goals.

It also marks the end of Hogan’s two troubled seasons with Fremantle, which include off-field incidents as well as form and injury concerns.

Hogan considered his future before agreeing to join the Giants last week, his most aggressive suit.

GWS and Fremantle agreed that a trade would be completed on the opening day of the trading period before the correct terms were drawn up and signed.

“Obviously, the trade for Jesse has not ended the way we want it to, but for the good of both parties, we have agreed on this trade and we wish Jesse all the best with the veterans,” Bell said. Said.

It is unknown at this time what he will do after leaving the post. He has one year to complete the deal with Fremantle.

The 25-year-old, who has scored 18 goals in 19 games for the Dockers, apologized to fans this week for the flare-up of his two-year tenure as he had hoped.

If Hogan can regain his best form, he takes the form of an immediate replacement for free agent Jeremy Cameron, who is seeking to move to Geelong.

Hogan started his career-best 47 goals as Dame in 2018 and scored 40 goals in three of his first four seasons before crossing the Dockers.

“He’s a mature hard-working runner and a strong scoring player who can make a big impact on the field, at his best,” McCartney said.

“He is excited to continue his career with us and his commitment is a great support for our club.”