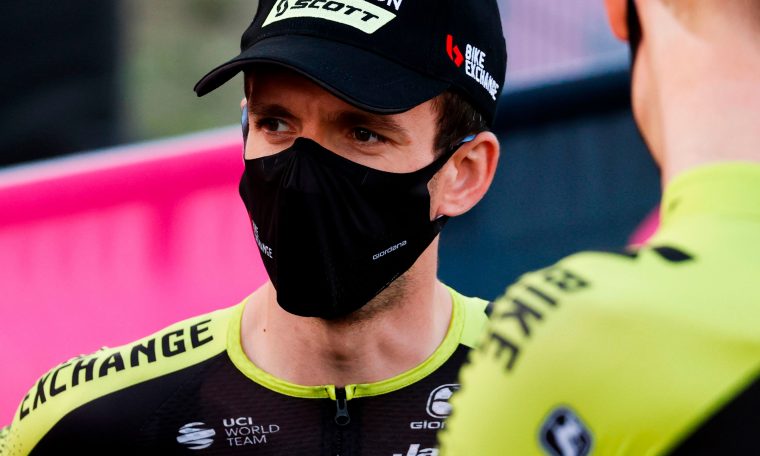 Overall contender Simon Yates withdrew from Giro d’Italia after testing positive for coronavirus, his Mitchell-Scott team announced ahead of Saturday’s eighth round.

The team said the 28-year-old British rider “developed very mild symptoms” after stage 7 on Friday. An immediate test showed a positive result, which was confirmed in another test.

Matthew Beltemachy, a doctor on the Mitchellton-Scott team, said: “Simon showed very light temperatures on Friday evening during our routine temperature check, which was completed three times a day during the Giro course. “We immediately requested a quick test using the services offered [race organisers] RCS

“Thankfully his symptoms are very mild and he is in good health,” Beltemachi continued. “All other passengers and staff have returned negative results and have been cleared to continue the race, but as a precautionary measure we will keep a close eye on the situation and investigate further in the coming days.”

Yates’ comeback was disqualified from the second permanent contender’s race when Jarent Thomas stepped back in a fall during Phase 3 after breaking his pad.

Italy has recorded one of the largest one-day covad-19 infections since the outbreak began on Friday, with 5,372 official cases and 28 new deaths.

See also  PSG vs RB Leipzig Live Stream: How to watch Champions League wherever you are in the world

The health ministry said on Friday that North Lombardy, once a European epidemic center, had 983 new cases.

The race will end on October 25 in Milan, the capital of Lombardy.