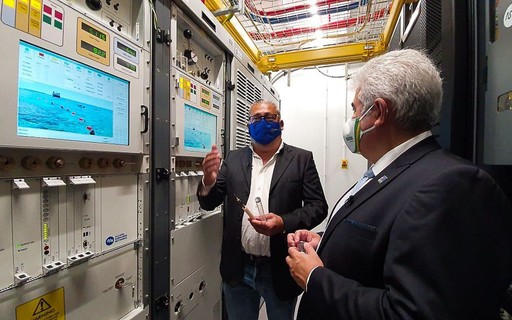 The Minister of Science, Technology and Innovation, Marcos Pontes, today (first) attended the inauguration of the operation of the high-capacity fiber optic submarine cable between Brazil and Europe. The ceremony took place in the city of Signs, Portugal.

The project was financed by the European Commission, which contributed €25 million, by the company EllaLink, which invested €150 million, and by the federal government, through MCTI, which invested €8.9 million.

The connection goes directly from the city of Fortaleza (Brazil) to Sains (Portugal), via French Guiana, the Madeira Islands, the Canary Islands and Cape Verde.

The cable also eliminates the need for data to travel across the United States. According to Allalink, this will enable high-quality access to telecommunications services and applications. The promise is that high-speed direct connections will reduce latency, which is the time it takes for data packets to travel from one point to another, by up to 50%.

The submarine cable is 6,000 kilometers long. Among other applications, cable infrastructure will be used for services and cloud and digital businesses, but also in science, technology and education functions in 25 years.

We now see the importance of working together during the pandemic to overcome this common enemy i.e. COVID-19. It is through science that we are able to win and, for science to work, we need an information exchange operation”, the minister said during the ceremony.