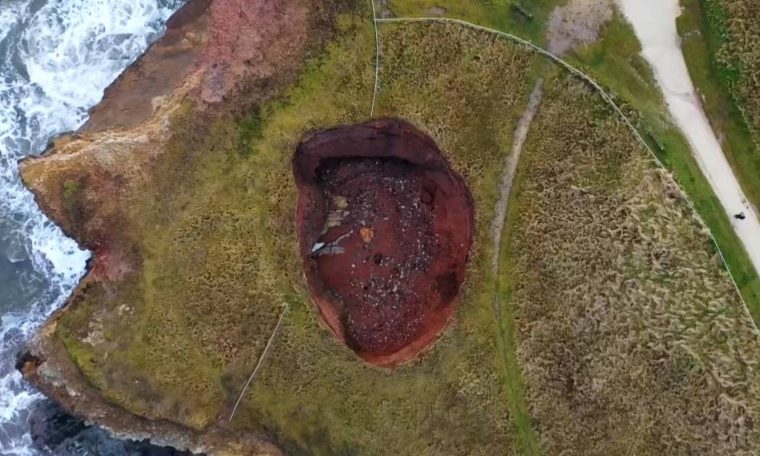 What started out as a tiny hole in the ground at a UK beauty pageant has now grown so large that it reveals a hidden beach below.

The 12 meter wide hole is called the South Hole and is found in the Whitburn Cliffs near Sunderland.

The natural phenomenon, known geographically as “dolin”, first emerged in 2003 and has been increasing ever since. It was formed by pushing seawater through an estuary on limestone cliffs.

The trail and the surrounding reef area are managed by the UK National Trust, which has warned visitors to avoid the area.

“By its nature, the coastline is constantly changing, with some areas particularly prone to erosion and landslides,” a spokesman told SWNS.

“All parking lots have warning signs at key points along the cliff edge and with visitor information boards. We urge people to take the time to look for these signs and follow important paths to keep themselves, their children and dogs safe.