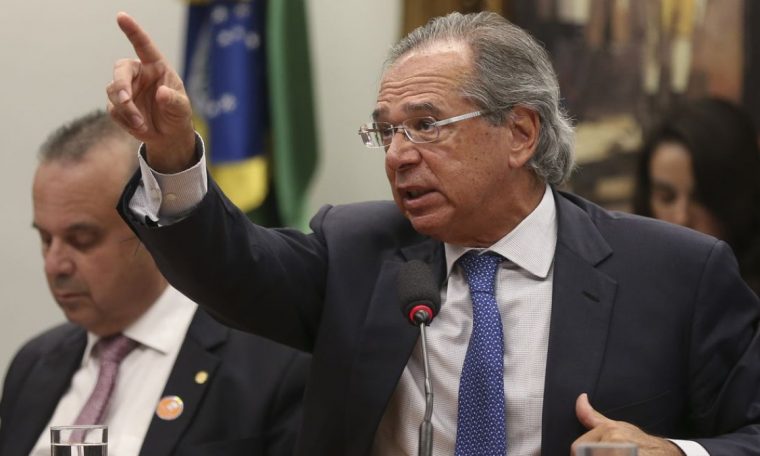 Economy Minister Paulo Guedes said an important lesson of the pandemic was an increase in the income of families who began to receive emergency aid, which was configured into an action of “transfer of wealth”, not just income.

Geddes said the government found families who received R$180 benefits from the Bolsa Familia and saw their incomes rise to R$600 or R$1,800 with emergency assistance.

“You go from R$60 to R$600. A family goes from R$180 to R$1,800. It is no longer a transfer of income, it is a transfer of wealth,” he said during an event to set up Said Parliamentary Front of Entrepreneurship.

“The family felt rich. They bought building materials, expanded their house, some bought their own house, bought a refrigerator. They went to the supermarket and revamped their food list. A great result, it was great to see.”

The average Bolsa Familia ticket in the period before the pandemic was at R$190 per family. The program allows you to customize the value of the scholarship: there is a basic benefit of R $ 89 per family, and other variables, from R $ 41 to R $ 48, aimed at children, adolescents, pregnant women and nursing mothers. If the family still does not exceed the poverty line, which is set at R$89, additional assistance is calculated in the amount needed if the per capita income exceeds this amount.

On the other hand, during the pandemic there were different phases of emergency aid aimed at vulnerable populations and informal workers. In the first five months, the benefit was R$600, the female head of household could collect two benefits and there was no limit on what families could pay. For this reason, some families actually received R$1,800 a month.

In the second phase of the program, the amount of assistance was reduced to R$300 and limited payments to one family member. In 2021, a new reduction occurred, and the average benefit amount is R$250 – R$375 for the female head of household and R$175 for those living alone.

Guedes collects some unfortunate statements related to the subject of social policies. This year, he compared the size of a plate of food for a middle-class Brazilian to that of a European to illustrate the size of the food waste problem in the country.

He suggested the distribution of clean food left over from restaurants to the poorest and most vulnerable.

The minister also criticized FIES, saying that the government distributed too many scholarships for higher education, and the action benefited some businessmen, but also benefited those who were unable to attend college. At that time he told a story that his concierge’s son got a scholarship even after he finished the entrance exam.

In 2020, before the pandemic, the minister also commented on the increase in the exchange rate, saying that the high dollar was good for everyone and that “everybody” was going to Disney in the states when the US currency was low. Including “household maid”.