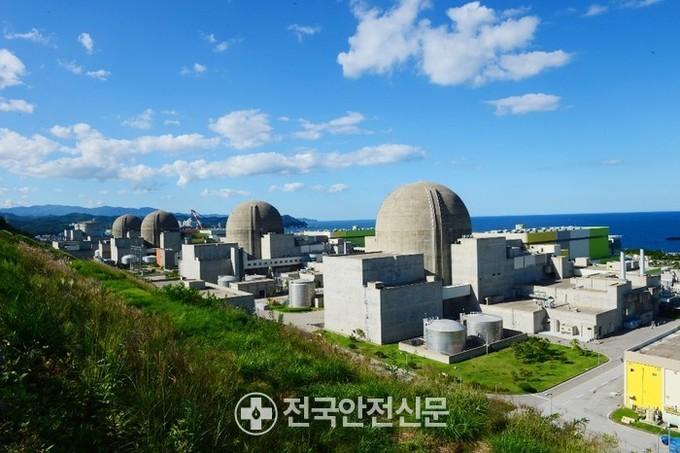 -Cause: Valve malfunction due to (approximate) foreign case of electrical bypass valve.

Eventually, the normal return of the bypass valve is delayed (about 10 minutes, Usually within 1 to 2 seconds), the “ control oil low pressure ” signal is displayed by turning off the control oil pressure. Happened and the turbine / generator was shut down, and the reactor output rapidly decreased according to the design of the reactor.The foot system (RPCS) operates and is automatically reduced by approximately 45%

2) Electric bypass valve: A valve is used to perform a turbine safety system test during normal operation without stopping the turbine. 3) Spool valve: As a valve with multiple grooves outside a valve body, the spool is in the axial direction.Going out in the sun controls the oil flow route

Losure This case is in accordance with reporting and disclosure rules in the case of accidents or breakdowns in nuclear power facilities (notice number 2020-3 of the Korean National Security Agency), No detailed report or rating evaluation is required on the original bill as it is a power plant suspension other than a nuclear reactor suspension.

❍ (environmental impact) in this case, monitoring center Real-time environmental radiation monitoring (ERMS) 4) Signal values, etc. As a result of the investigation, it was confirmed that they are all within normal limits and there is no leakage of radioactivity to the outside.

4) Installation status of real-time environmental radiation in the vicinity of Hanul Nuclear Power Plant (11 points within a radius of 6 km):

And (power generation measures and revitalization) businesses should conduct reproducible testing, etc. due to the failure of the electric bypass valve. As it was finally confirmed through, replacing the faulty valve with a new one, performance testing and future to plan[전문기관을 통한 전기적우회밸브 오동작 상세 원인분석 및 터빈보호계통 전면개선(국산화_진행중)] The installation of the lamp was completed, and development resumed the next day (2.24) (3) at 3:47 pm.% / h), reaching full power at 20:45 on the same day