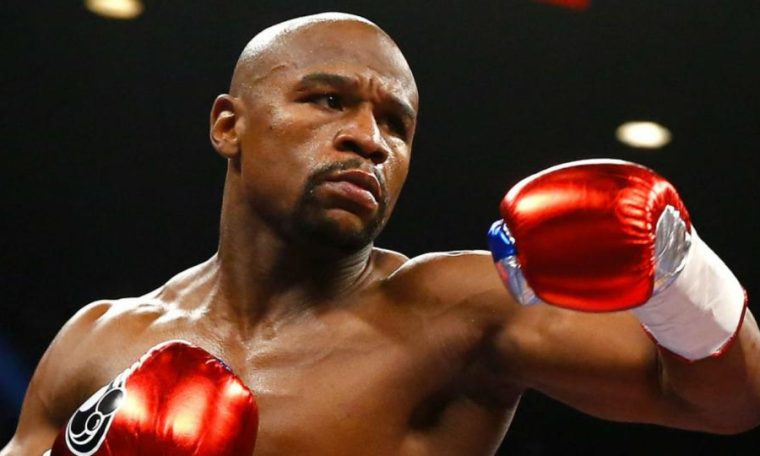 Is it really surprising then that, when it comes to sports stars, the love of games extends all the way off the pitch and, often, into the casino?

Because, believe it or not, there are loads of high-profile sporting celebrities who love to gamble and aren’t ashamed to be open and honest about it.

But do you know which athletes to look out for at the roulette table?

Well, today, we’ve put together a list of six of the sporting world’s biggest betters, and some of them might just surprise you.

Blackjack has always been a casino classic, and it’s also one of Floyd Mayweather’s favourite pastimes. The former boxer regularly wins huge amounts of money at the blackjack table, tweeting out about his absurd winnings, often creeping all the way up into six digits.

It’s crazy to think his casino winnings could, at some point, rival his earnings from the world of boxing but if he keeps going like this, then who knows?

He’s a legend on the pitch, but there’s a lot more to Wayne Rooney than his footballing prowess. When he’s not scoring goals, Rooney has been known to enjoy spending time at the roulette table or in blackjack games.

That being said, he doesn’t gamble as much as he used to after some heavy losses back in 2017 threatened his relationship with his wife Coleen Rooney.

If you want to see a sports star who really bets big, you should look no further than the one and only Michael Jordan.

As an icon of basketball, and part-time movie star, Jordan’s career made him immensely wealthy and that lead him to a love affair with gambling.

Unlike some of the others on this list, however, Jordon’s gambling was far from restricted to the casino. He’s been known to place enormous bets on everything from small-scale card games to rock, paper, scissors.

When you’re one of the richest basketball players of all time, who’s to stop you from living large.

Casinos are famously popular in the basketball world. Antoine Walker is also well known to enjoy spending his time in one, and has often been spotted making bold moves in Vegas.

It has not been all wins however, and Walker did eventually get too ambitious ended up putting himself in significant debt. In August of 2012 however, he announced that he was debt-free and has never got over-zealous with his gambling habits since.

As it turns out, blackjack is rather popular in the sporting business, and it seems that Wayne Rooney and Floyd Mayweather are far from alone in enjoying an evening at the table.

Charles Barkley, another former basketball star, has been known both to win and lose vast amounts of money in just a few games. It’s a habit that’s garnered some attention, but not one he plans on giving up any time soon.

Barkley has acknowledged that he is in a financially privileged position, and therefore is able to take bigger risks than others could. Those risks don’t always pay off, but he is anything but a quitter and has also made some substantial wins in his time.

From basketball back to football, we’re wrapping this list up with the one and only Cristiano Ronaldo.

Unlike many of his peers, Ronaldo’s game of choice isn’t blackjack, but poker. The Portuguese footballing icon is also a member of the PokerStars team, competing in countless online matches, often watched by many members of his worldwide fandom.

More recently, he, and other high-profile sports stars from around the world, have appeared in betting adverts prompting a change in rules by international advertising regulators. Casino laws vary around the world, with some fully allowing the advertising and enjoyment of casinos and gambling, whereas in other countries the industry is restricted.

Recently, Finland passed reforms to their gambling laws, placing stronger restrictions on the operations of offshore casinos, such as those displayed on the finnish online casino portal Kasinonetti.com. This has both pros and cons – it restricts casino options of Finlands residents, but also ensures that those they have access to are safer and more legitimate.

All being said, it’s clear that these six athletes were born to compete. Some people have it in their bones. While some of these stories have a cautionary side, reminding those not to gamble beyond your means, they also show how the casino lifestyle can not only be a fun hobby but potentially a second career for the savvy player.