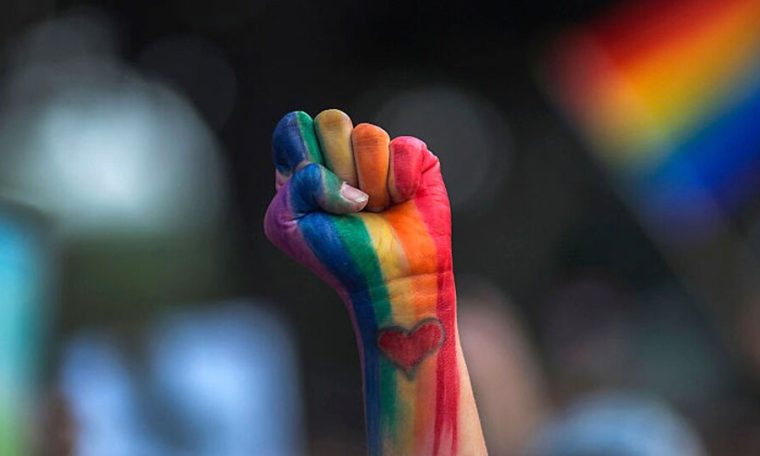 Two youths were reported to have been discriminated against by security personnel at a bowling alley In Lulus, Province tukuman, while trying to enter the installation, this sunday at dawn. “They told us when we wanted to enter”You’re not going to be like that because you’re gay and he’s a transvestite. it is not allowed. It is not us, it is the owner who does not allow this,” the complainant said.

Mostacho Events, located on Route 301, has a place to dine outside and, from 2 a.m., it allows entry into the room that houses the dance floor. When the expected time came, Ismail Gomez and Valentines, who had come earlier with some friends to enjoy dinner at a table of the place, They were standing in line to go in.

When it’s your turn, His way was blocked by a security guard in the bowling alley. “He told me ‘You’re not going to pass because you’re gay and he’s a transvestite. It’s not allowed. It’s not us, it’s the boss who doesn’t allow it,'” said Gomez, 19. “They told us it was wrong to be like that. It’s a terrible feeling that I wouldn’t wish on anyone… my trans friend felt bad“, lament.

“Imagine, I’m from San Pablo, there a remis takes 800 pesos from you, spends one to travel and consume there and when you enter, they tell you it doesn’t give you anger”The young man continued. “He didn’t give us any other explanation and he kicked us out. He feels so helpless because you can’t do anything. Situations like this constantly happen. It would be nice if this stopped so that the guys from the LGTBIQ group left together.” able. The certainty of being able to go places. Because We go out in fear, believe in having a good time and things like that”, he reflected.

After what happened they went to a police station to do Grievance. they are also planning to do a Presentation at INADI, Gomez guessed. “A friend was able to go in and talk with the owner and this guy asked him to forgive him that he didn’t want people like this to enter the place. He told him we were going to complain and He replied: ‘Do whatever you want.’ I still haven’t received any apologies from the owners for what happened. I sent him a message on Instagram account and he did not reply to me”, he assured.

According to Emmanuel Isaias Jimenez, A friend of Gomez’s who saw the situationMILF in Mostacho “They didn’t let women in slippers and men in Bermuda shorts pass by. We heard they called people ‘trinkets’ because of how they dressed.”

“We were there and we saw the owner let only his acquaintances in. He told us the room was full but the inside was empty. He threw a ball between the police and the owner. I saw that and I didn’t look inside. Want to go, I don’t understand why, if we are the customer we always go”, said Jimenez, 22.

“We’re shocked, disappointed. We’re shocked, we didn’t expect them to let them in. It can not happen that in the XXI centuryThey all left with their faces down,” he said. “I believe that discrimination does not entail a right of entry and that homophobic discrimination was”, he concluded.

this Wednesday, page 12 He got in touch with Mostacho to inquire about what happened. “The only comment I can make is that here we are dedicated to selling beer, not discriminating against people”, the people in charge of the complex were limited to answering.