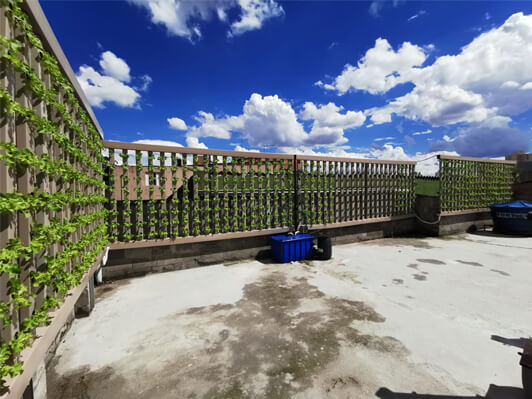 Heliopolis, one of the main and largest fellows in São Paulo with about 200 thousand residents, is the second community to implement the community gardens project, following the movement that began in Parasiopolis last year.

Launched in February, the initiative is from the G10 Favelas, a block of leaders and entrepreneurs, in partnership with Instituto Stop Hunger and Sodexo. It aims to support the fight against hunger through the planting of a community botanical garden, which aims to improve the nutritional status and good eating of the families of this community.

The project has a vertical garden and hydroponic system, with a 19-meter productive wall. The production capacity is 750 plants per cycle, with 15 species.

The goal is to deliver 1000 slabs distributed across the country to the locations where the G10 operates. This initiative will promote awareness to reduce food waste through training for registered women, who will have the opportunity to continue planting in their homes.

The G10 is an outbreak of favelas leaders and entrepreneurs that have joined forces in favor of wealthy countries (Germany, Canada, the United States, France, Italy, Japan, and the United Kingdom) of the G7, along with social reforms. Economic development and opposition to communities aimed at the economic and social development of these urban areas. The idea inspires the whole of Brazil to inspire them, making communities great business hubs that are attractive for investment so that the boycott can be transformed into successful startups and social impact ventures.