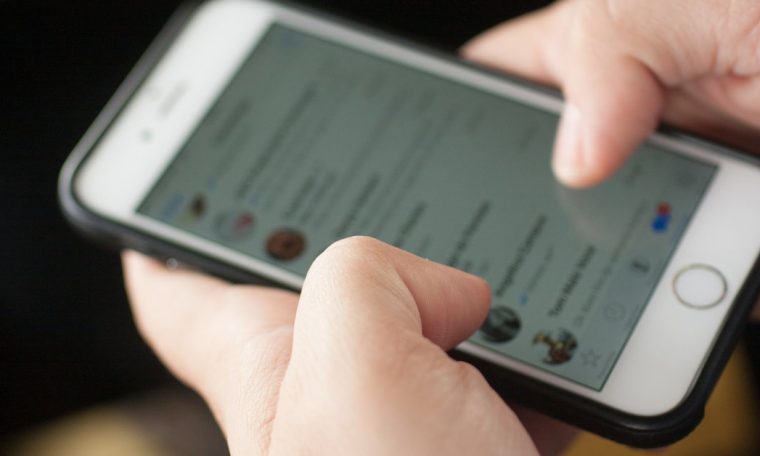 This new tool is available in iOS 15 update.

With the advent of iOS 15, Apple managed to include many tools in its configuration with which to make the life of its users convenient while using their mobile devices. For example, a topic of conversation in recent weeks live text launch, an option with which people who have an iPhone can extract text directly from an image, either from a file in the gallery or from a photo that has just been taken with the cell phone’s camera.

Similarly, much has been said about The new options that FaceTime comes with, Apple’s video call communication app that Android users who received the invite link will now be able to participate, along with other surprises.

However, these are not the only innovations in this mobile operating system, because, in response to many pleas from its users, Apple implemented an option that will contribute to your visual comfort. In the past, if an iPhone user wanted to increase or decrease the size of the text on their cell phone, they could do so, but the settings they chose would be set as the default for all applications and areas of the mobile.

Now, with the new update, it will be possible to discriminate on which app the changes will be installed, making the device more customizable and authentic to the needs of each user. Thus, for example, You can reduce text only for applications that need a space that can have better distribution, such as Mail or Word.; On the other hand, you can leave very large text in apps like Twitter or Facebook, which require a more legible font when scrolling.

it should be remembered that This new update is only available for the beta version of iOS 15, although it is expected to remain for the final version which may reach all iPhone terminals by the end of this 2021.

Keeping this in mind, it is normal that the steps described below work for all iPhone users who decide to update their cell phone operating system.

First you have to make sure that iOS Control Center already has text size option So that you can rely on this tool from any screen of the device. For this you just have to follow these steps:

1. Open Control Center. You have to swipe up from the top right corner of the screen and check if the option is there text size It is already hosted.

2. In case you don’t see, just go here installation and then to control center.

3. In this menu you have to see the option more control, and tap on the plus sign which is . will appear to the left of text sizeAnd yay!

You need to check that the option is available in the iOS Control Center.

After this it will be easy to change the text size of any application:

1. Open the application for which you want to change the text.

2. Swipe up on the screen from the top right corner to open the screen. control center.

3. A series of icons will appear. You have to tap on the one with the letter A (which represents the option text size)

4. Immediately, a switch will appear at the bottom of the screen, allowing you to choose between resizing only for the applications you have open or for all applications on your cell phone. To select only one app, move the switch to the left.

5. All that remains is to adjust the size of the letters and tap on any area with the controls appearing in the center of the screen. control center. Then swipe up to see the Applications screen. Change should be visible.

The central control will help adjust the size of the text.

This way you can customize the size of the text in each application to suit your needs and how you use the iPhone.

How and why should you clear your web browser cache on iPhone?
Apple’s new portable charger unlocks a secret iPhone 12 feature