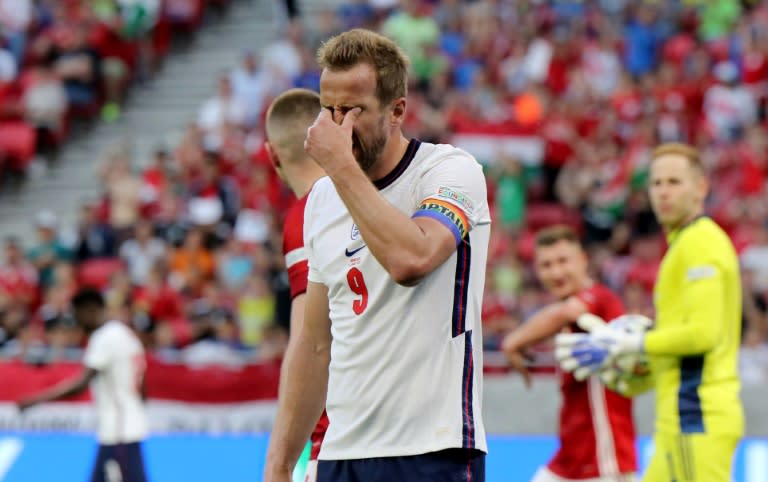 England suffered their first loss to Hungary in 60 years on Saturday as the hosts claimed a surprise 1-0 victory in Budapest in the two-team Nations League opener.

Although the match was busy, Dominic Soboszlai scored the only goal, converting a penalty, for Hungary’s first win over England since 1962.

The penalty shootout loss against Italy in the Euro 2020 final was the last time Gareth Southgate’s side went off the field with a stroke in their last 22 matches.

However, the England team, with several changes tested by the coach, could not beat the hosts, who were cheered by an audience of 30,000 people made up mainly of school children.

“They are very disappointed because we want to keep winning matches. If we want to be the top football team, we have to come here and win,” Southgate said.

“It was a long season. The heat was a factor and it put a lot of demands on the players,” he said.

Hungary was forced to play behind closed doors due to fan behavior during Euro 2020 home games.

UEFA guidelines allow children under the age of 14 to get a free ticket in such circumstances and the Hungarian Football Association has made the most of it.

Southgate promoted the debuts of Jarrod Bowen and James Justin, but the changes did not have the desired effect.

Hungary made the best of the first half, with a shot from Soboszlai nearly over the line by Conor Cody and a kick-off to captain Adam Szalai from midfield when he saw goalkeeper Jordan Pickford in front.

The pressure of the home team paid off. The referee awarded a penalty in the 64th minute when substitute Reece James brought down Zsolt Negi after the Hungarian left-back received a pass in the field.

Harry Kane nearly saved a point in stoppage time but was inches away from his 50th international goal when his powerful shot found the net outside.

“We didn’t create too many clear chances and the actual outcome depended on a difficult decision,” Southgate admitted after the game.

The coach said he sought a “balance between exploring new things and the consistency of a regular team”. He added: “I’ll have to see if I’ve done it right.”

Southgate players will now have to prepare for the trip to face Germany away from home on Tuesday. Then they get Italy and Hungary at the end of this month.