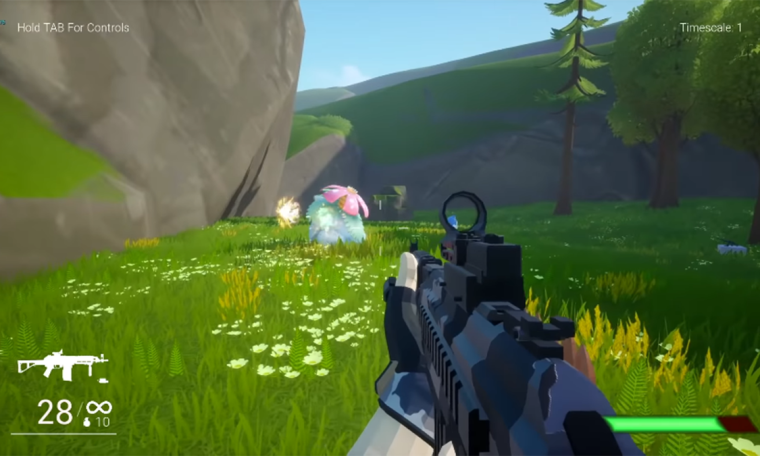 A video of a Pokémon first-person shooter is doing the rounds on social media not only destroying little monsters, but also destroying the childhoods of many people. Franchise developer and Fan Dragon are developing the game independently. The video went viral on social media with nearly 6 million views. Watch at your own risk:

Dragon shared a video on its YouTube channel explaining how the game came about and how it was developed. According to the video, the idea came from a tweet that said “someone should make a first-person Pokémon shooter.”

Dragon used the Unreal Engine to create the game and was inspired by names like Overwatch, Call of Duty, and Halo. There are three areas of FPS, each with different Pokémon. As the player progresses, the creatures get stronger and it becomes harder to defeat. There are also Pokémon boss battles in each area.

The developer said that the game is not finished and it is just to develop your skills as a programmer. The game should also not be commercialized, as the rights to the characters belong to Nintendo.