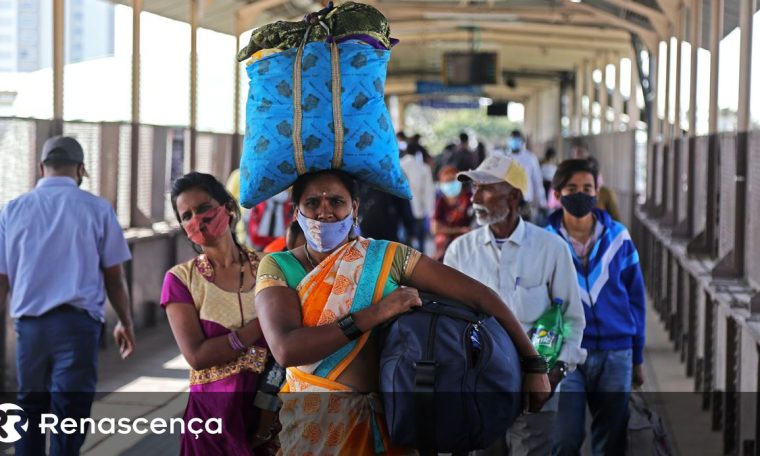 According to the Indian Ministry of Health, India has recorded 212 Kovid-19 deaths and 46,951 cases in the last 24 hours, the highest daily infection since November 2020.

The country has recorded more than 40,000 daily infections in the last three days, making the second wave of the disease catastrophic, although these figures are still far from peak in mid-September, when 97,894 cases were diagnosed in a single day Was.

The state of Maharashtra, with its capital as Mumbai, has been responsible for more than half of the cases in the last few weeks.

Since the onset of the epidemic, India has counted over 11.6 million cases (11,646,081), the third country in the world with more infections, behind the United States and Brazil.

According to independent calculations from John Hopkins University (USA), India is the fourth country in the world after the United States, Brazil and Mexico, with 159,967 people since the onset of the epidemic.

There are currently 334,646 active cases of the disease in the country.

According to the data updated daily by the Indian Ministry of Health, India started a vaccination campaign on 16 January, which has so far immunized more than 45 million people (45,065,998).

The government’s goal is to have about 300 million people vaccinated by July in a country with 1.3 billion inhabitants, but according to the local press the plan has been delayed.

According to a report made by the French agency AFP, at least 2,710,382 people died due to worldwide epidemics, which caused more than 122.7 million cases of infection.