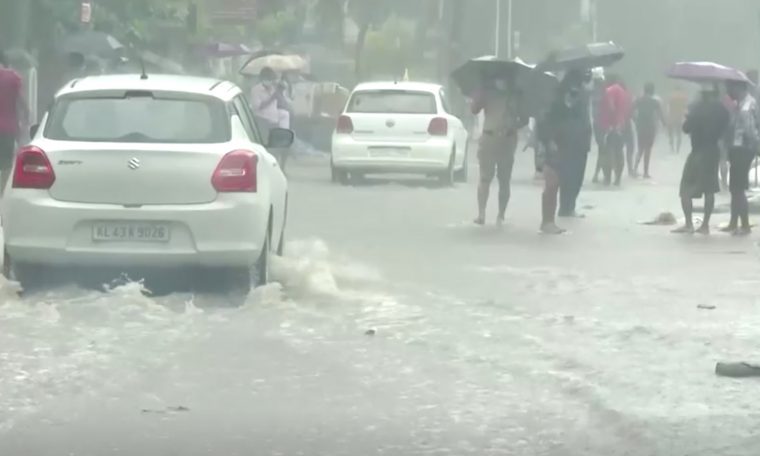 India is evacuating thousands of people from the low-lying areas of its west coast, as a powerful cyclone is expected to kill at least six people across the continent in the state of Gujarat on Tuesday morning.

Cyclone weakening in the Arabian Sea has already brought heavy rains and winds that have damaged homes and uprooted trees in parts of western and southern India.

The Indian Meteorological Department said in a statement, “It is very likely that it will intensify over the course of 24 hours, and move north-northwest and reach the coast of Gujarat on the night of 17 May.”

The Gujarat government said in a statement that about one and a half lakh people would be evacuated from villages and low-lying areas along the coast and instructions have been issued to complete the evacuation process by Sunday night.

According to officials and statements, at least six people were killed in the western states of Goa and Karnataka as the cyclone moved north.

Further south, 31 boats registered in the state of Tamil Nadu are missing, a Coast Guard official told Reuters.
The Meteorological Agency has also warned that there may be flooding of escape routes. Rail services are also expected to come to a halt till 21 May.

The National Disaster Management Committee also chaired a meeting with various states on Sunday and said that about 80 disaster management teams have been deployed in various states.

The Army, Navy and Coast Guard were deployed as well as rescue and rescue teams of ships and aircraft.
“All measures are being taken to evacuate people in the areas affected by the cyclone so that no one is killed,” the government said in a statement.

In Gujarat, the cyclone will also present a challenge to the state administration, which is handling a high burden of cases of COVID-19 patients.

The state government said that Gujarat Chief Minister Vijay Rupani has asked the officials to ensure that the supply of electricity in the Kovid-19 hospitals and other medical facilities is not interrupted and the supply of oxygen remains. Vaccination was also suspended for the next two days.

The chief minister’s office said that in the neighboring state of Maharashtra, the government shifted patients of hospitalized Kovid-19 to other hospitals in temporary centers in the state capital, Mumbai, as the cyclone moves towards Gujarat.
Gujarat is also home to large refineries and ports that may end up in the path of the storm.

A spokesperson of the company said that all the necessary precautions are being taken at the Jamnagar Refinery, the world’s largest oil refinery complex owned by Reliance Industries.

“We are monitoring the situation and will take necessary steps,” said an official.

Officials at Kandla port, the largest government-run port in the country, said measures have been taken to evacuate about 5,000 people from low-lying areas.

“We have already issued a statement and stopped moving the ships inside. There will be no mooring tomorrow morning and all ships will be sent to the high seas, ”said Kandla Port President SK Mehta.