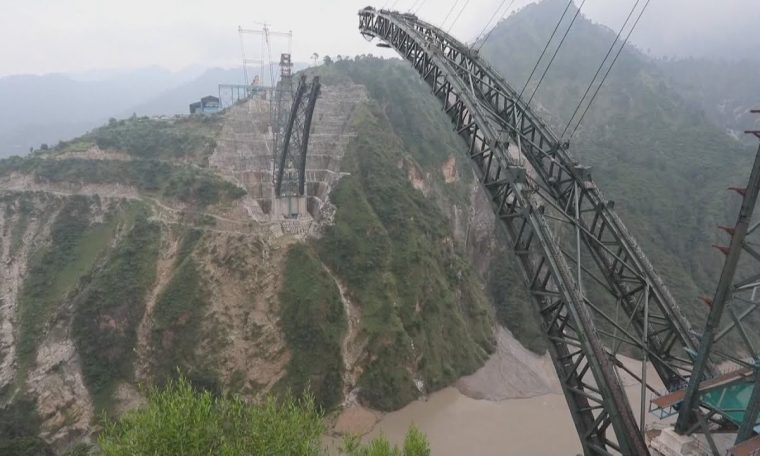 Indian Railways – IR, a department of the Government of India, under the jurisdiction of the Ministry of Railways, to maintain the functioning of the railway network of the country, completing the construction of arch to support what will happen to the world’s highest railways. Have done. Bridge.

The structure is part of the 326-km railway line, which will cover the Udhampur-Srinagar-Baramulla (USBRL) section. The Chenab Bridge will be an important link in India’s national network and is being built 359 meters above the river bank, 35 meters higher than the Eiffel Tower.

When the line is completed, the journey between Jammu and Srinagar will take approximately 5 hours 30 minutes crossing the Chenab River at 100 km / h. The current road trip takes 12 hours.

The 17 span bridge will have a useful life of 120 years. The viaduct and foundation were designed by a company in Finland and the Arch Project in Germany.

The region has a length of 97 km of 27 tunnels of railways and 37 bridges with a combined length of 7 km, being built through the ecologically sensitive mountain range of the Himalayas in the northern region of Jammu and Kashmir.

The completion target is December 2022, but there is speculation that the project will take longer. Construction began in 2004, and builders accounted for the delay in a number of issues, including initial hurdles related to land acquisition due to protests by local groups seeking better financial compensation. A public interest litigation questioning the safety and stability of the line and bridge was also pending in Indian courts.