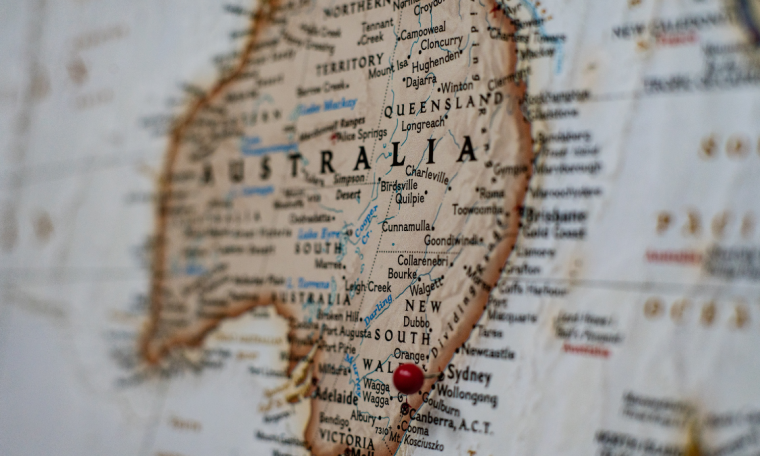 However, Australia is considered a large landmass due to its size and the amount of space it occupies in Oceania, making it both a country and a continent at the same time.

As a continent, the countries that make up it would be Australia, the island of Tasmania, and other smaller islands, such as Kangaroo Island, Christmas Island, and Cocos Island. As a continent, Australia is the smallest in the world, but as a country it ranks sixth in the world with a total area of ​​7,682,300 km².

Why is Australia a continent?

The official definition of a continent defines it as a vast land mass separated from others by a vast expanse of water. However, this definition is problematic because many of the world’s continents, such as Europe and Asia, are not separated by vast expanses of water.

Australia, on the other hand, is surrounded by a vast ocean that separates it from other continents. Because of this, Australia can actually be considered a continent because, following the most accepted definition, it fits into the description of the continent.

Why is Australia a country?

There are a few factors that make Australia recognized as a country. It was officially defined in 1901, when the British Parliament allowed the six colonies in the area to be united into a single domain.

From then on, Australia began to control its domestic affairs, where it received any change only in 1931, when the British government westminster statute, which gave Australia greater control over foreign policy. But there are other factors that make Australia a country.

Australia is a federally structured country similar to the United States. The Australian Federation has six states and ten territories. The states that make up the country are Queensland, Victoria, New South Wales, South Australia, Tasmania and Western Australia. Some states have certain powers delegated to them, while others are the exclusive domain of the country’s federal government.

The organization of Australia’s federal government is composed of an executive branch headed by a prime minister, while the legislature is known as the parliament and operates in a bicameral manner divided between the lower house, known as the House of Representatives, and the upper house. Known in , known as the Senate.

The state governments of the country are parallel to the federal structure, so each state has its own executive, legislative and judicial powers.

In addition to having its own government, another factor indicating that Australia is a country is its economy, where their currency is known as the Australian dollar, which is valued at approximately $1.323 trillion, the 13th largest in the world. Is.

Its economy is ranked the third freest in the world and Australia has a free trade agreement with 15 different countries, including Japan, China, South Korea, the United States and the Association of Southeast Asian Nations (ASEAN).

Finally, the Australian population of over 25 million people is also a factor indicating that Australia is a country. Its people are known for their egalitarian views, where they strongly advocate publicly funded health and education.

The population is also very diverse, consisting of a wide variety of people, ranging from aboriginal indigenous groups to Asians and Africans.

Information: This publication is intended for promotion and education on health-related topics and does not replace the professional follow-up of a doctor, psychologist, nutritionist or other specialist.