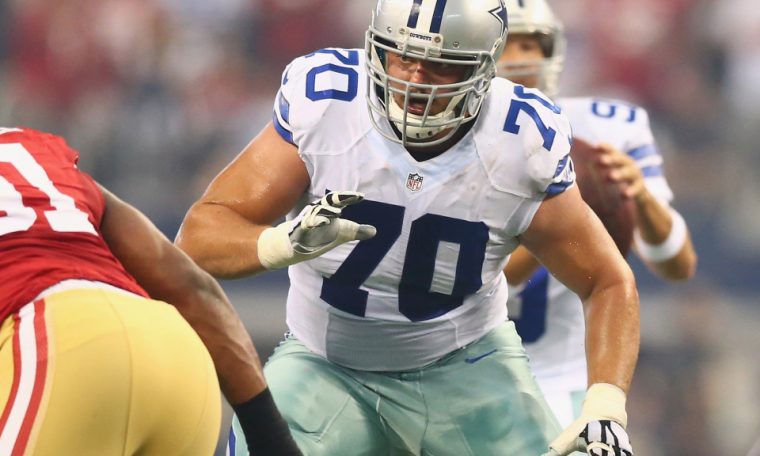 Life comes to you fast. When the disappointing 2019 season ended, there were many reasons to be optimistic for the Dallas Cowboys. A lot of that is centered around the offensive line. After a year away, center-back Travis Frederick returned to play the entire season after an illness of the immune system. Lyle Collins came up with the point that there was a fair discussion about who was the best match between him and seven-time pro bowler Tyrone Smith. Jack Martin formed his sixth straight All-Pro team. 2020 was going to be a fantastic year for Boeing O’Leary.

Fast forward to the end of Week 62020 and this is not what anyone had in mind. The offensive line is embarrassing and Martin lost the game to the Arizona Cardinals in the club’s 38-10 defeat.

The Cowboys say RG Jack Martin’s solidarity in tonight’s loss of the Cardinals was a significant blow. He has entered the league’s protocol.

Smith and Collins are done for years. Frederick retired back in March. After Martin’s departure, the Cowboys tackled the left and Williams was playing the 2019 UDFA Brandon Knight on the left guard. The fourth round of the colored Tyler was at the Beadas Center, the old man who was playing for Luni who was also injured. The third-round pick of 2019, Pick Connor McGovern – who took just two photos on Ol last week – came for Martin and played ahead of the 2020 UDFA Terrence Steele.

To make matters worse, Blake Jarwin, who is also holding back responsibilities, lost for a year in Week 1 due to an ACL injury.

The line, of course, was a problem Monday night. QB Andy Dalton was harassed all night long, and struggled to develop any Dr. Field Nfield field for crime.

Dallas is also a free agent without signing Cam Irving, which should have been a swing tackle. The club hoped to activate him from IR, but he fell ill before the game. White Miller and Mitch Hyatt were in contention during training camp, but injuries ended their season.

The offensive line of Kabo Boys is in an absolutely embarrassing situation going into the 7th week.