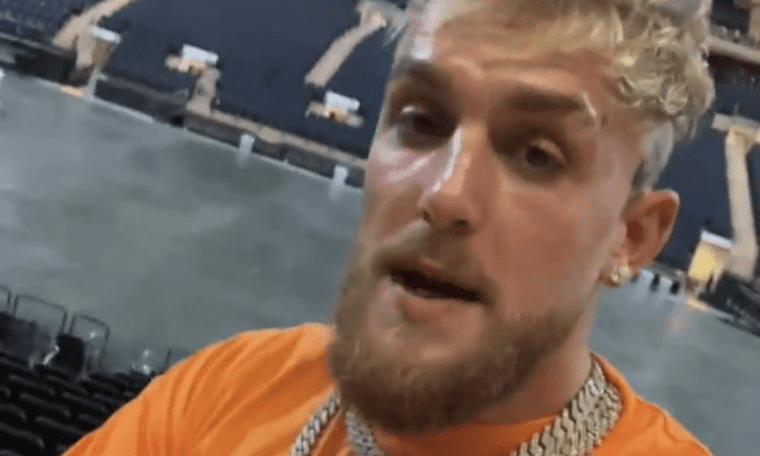 Jake Paul offered to fight Tommy Fury in the UK amid UK problems, although the YouTuber demanded $15 million to do so.

Paul went 5-0 as a professional boxer and knocked out everyone he faced, most recently stopping former UFC champion Tyron Woodley in Tampa in December.

Woodley had already lost to Paul in August and was replacing 23-year-old Fury, who withdrew from the December tie citing injury and illness.

Now Fury – half-brother of heavyweight boxing champion Tyson – is set to box Paul at New York’s Madison Square Garden on August 6. However, Britain was stopped at London’s Heathrow airport on Monday, raising doubts over the prospects of a fight.

Fury was trying to travel to New York for a pre-fight press conference with American Paul, who accused his rival of not taking any action to resolve travel issues. The 25-year-old took to Twitter on Wednesday to offer to face Fury in the UK, but only on one condition.

“Update: We have spoken with attorneys for Tommy Fury,” Paul said in a video. “Everyone is advising him to go to the embassy to get a visa.

“That’s all he has to do, but Tommy isn’t showing any urgency. He’s not gone yet, he’s not communicating with us what he’s doing. Is this just another case of ‘Tommy Fumbles’ Who is afraid to fight me? I think it is. I think the Fury family is trying to manipulate me into something here to fight in the UK.

“Okay, do you want me to fight in the UK? Show me $15 million, because here in the US we do more pay-per-view purchases, we sell more tickets, and we do more sponsorships. I gave him money.” Show up, we’re ready to go – MSG, Aug. 6.

“Tommy, are you going to miss the biggest payday of your life because you want me to go to the UK? Like I said, I’m going there. Just show me the money, but you can’t do that; You don’t have $15 million.

“It’s embarrassing. Go to the embassy, ​​get your visa, and let this fight happen. Stop dodging me and stop wasting my time.”

Fury is 8-0 as a professional boxer, having last fought in April on the undercard of his brother Tyson’s knockout of Dillian White.