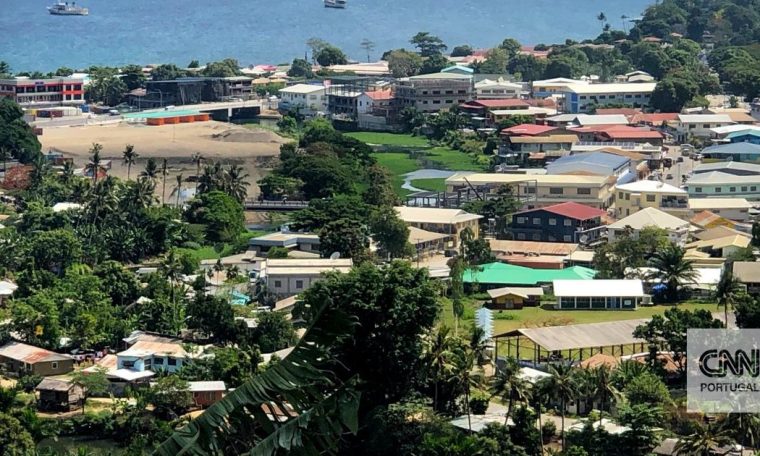 Japanese Deputy Foreign Minister Kentaro Uesugi visited the Solomon Islands after the archipelago signed a security agreement that offers the possibility of a “permanent military presence” by China.

According to the ministry, during the three-day visit, Uesugi will convey Japan’s concerns about the security agreement and discuss bilateral and regional issues.

“We believe the agreement could affect the security of the entire Asia-Pacific region and we are watching this development with concern,” Japanese Foreign Minister Yoshimasa Hayashi said on Friday.

Japan has accused China of increasing its military activity in the East and South China Seas, threatening some of the world’s busiest shipping lanes.

Japan is particularly concerned about Chinese military and coast guard activity in the East China Sea near the Japanese-controlled Senkaku Islands, which China also claims and calls Diaoyu.

On Sunday, Australian Prime Minister Scott Morrison warned that China’s construction of a military base in the Solomon Islands would be a “red line” for many countries in the region and also the US.

According to ABC television, at a news conference in the city of Darwin, Morrison said, “This is not only a concern shared by Australia, it is shared by Australia and regional governments, particularly places like Fiji and Papua New Guinea. “

On Saturday, a high-level US delegation visiting the Solomon Islands threatened retaliation if China established a “permanent military presence” in that Pacific archipelago.

Envoys from the White House and the US State Department met with Solomonic Prime Minister Manasseh Sogaware.

According to a statement from the US president, “Sogaware reiterated his assurance that there will be no military base, long-term presence and force launch capability.”

China announced on April 19 that it had signed a far-reaching security deal with the Solomon Islands, at a time when several Western countries, led by the United States, accuse Beijing of having military ambitions in the Pacific.

In March, an early version of the agreement was known, causing a shock wave, as it included authorizations for China to establish military and naval bases in that Pacific archipelago.