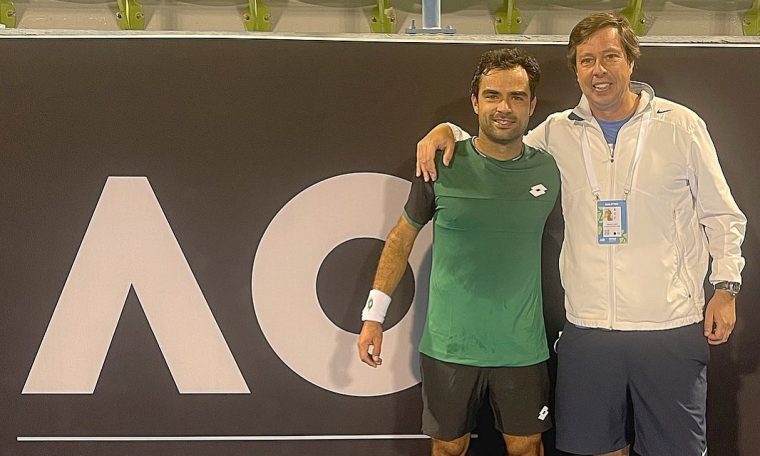 The Australian Land Organization started with a 14-hour flight from Doha to Melbourne, chartered by the Australian Open Organization. To mitigate the risks, the giant Airbus 350 had a “block” for each of us. Imagine a plane for 400 passengers with 5 souls. It was seven o’clock when we were riding. Sad, because many of us hadn’t slept that night yet. This was my case. Optimization is estimated to jet lag, It was important to sleep without a flight of at least 5 hours. Impossible task. I slept for the first 5 minutes, waking up 4 or 5 hours later to eat the best meal I had ever been served on board: Thai soup – not the most sensitive to spicy flavors – and lamb with saffron rice. All served in plates, cutlery and glasses that would look good in any Michelin-star restaurant. The rest of the flight hours were filled with lots of readings, some drafts in my project book, occasional conversations with flight attendants and a few hours surfing the Internet.

It is advisable to pull a long flight with a credit card to buy Internet access on board. I encouraged myself to make video calls at home, show my daughter the plane, and introduce me to the flight attendants.

We landed in Melbourne around 5 pm. tired and sleepy. A complicated logical journey awaited us. The aircraft landed away from the normal passenger landing terminals. We left the plane directly on foot, in a hangar, where a broad team awaited us. Our luggage was dissected and we were placed in the hangar waiting to collect it. Then we went through the pre-set up circuit: visa delivery, presenting passports, measuring temperature, collecting Australian open contracts, with all the details of our stay, quarantine rules and more. After all this, we were taken in a bus that took us to the hotel, always by police cars.

Our arrival in Melbourne was the first indication of how Australians are afraid and take our arrival seriously. It was already a warning of what’s coming. It is good to remember that there is not a single case of Kovid-19 in Melbourne and this success in controlling the epidemic is the result of months of mandatory quarantine.

I was fortunate to have a room with large windows for one of Melbourne’s main sidewalks, Albert Hall Park and for the river. She later discovers bad luck: no one opened!

Upon arriving at the room, some nice surprises: A box sent by Tennis Australia is filled with nuts, chocolate, cookies and other dangerous treats in quarantine.

After a long journey and with “converted” sleep, I gave up trying to control sleep cycles. I chose just to sleep when sleepy, wait for the Kovid test to arrive, and for news from the organization about plans for the next day. He did not take the exam and I wanted to get news regarding the next day’s training.

For the night, a meeting was scheduled on the zoom between AO and all the participants of Tennis Australia CEO Craig Tilly. The main theme of the meeting was the situation, already public, of players who were quarantined to travel on flights where positive Kovid tests were detected. I could not help thinking that in the meantime, all the passengers on our flight were being tested and we might be in the same position if a positive condition was detected. However, the training was canceled until all passengers on different flights were tested and the results were revealed.

Well, the next day my biggest fear was confirmed. One of the passengers on our flight tested positive and, as such, a long quarantine awaits us in the hotel room. All of a sudden the plans changed. We have a new challenge: preparing for a Grand Slam tournament locked in a hotel room for 14 days!

See also  New Horizons has already sold more than 1 million physical units in the UK in a year • Eurogamer.com