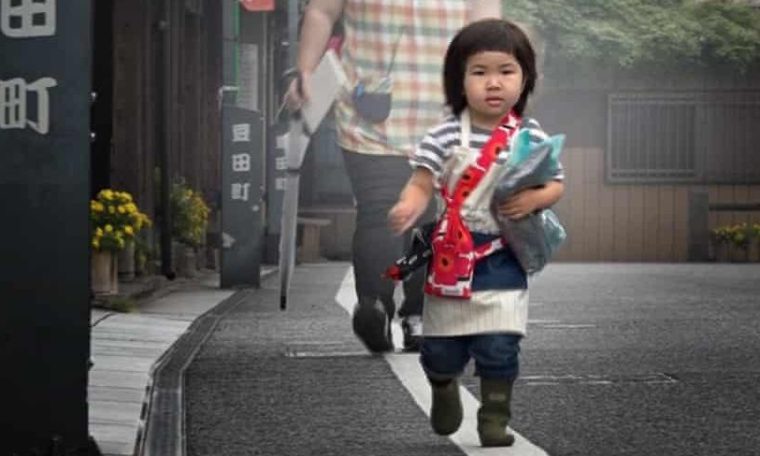 “Cute Japanese reality show follows kids who are going to work for the first time in their lives.” It may sound strange, but that’s the description of the Japanese show “Old Enough,” considered a phenomenon in the country, which is now available on Netflix.

In Japan, this Nippon TV show has been a success for 30 years: children between the ages of two and six are left outside to do everyday chores such as shopping or doing laundry. They are alone, but the production and parents study all the routes where security and filming crews hide and seek to accompany the children without seeing them.

With the creation of the program and the participation of families, the children themselves are analyzed before being selected, so that the challenge presented is minimally suitable for each. Even the residents of the areas they will pass through are informed so that they do not call the police when they see the children unattended.

In the 20 episodes available in Portugal, which vary between seven and 21 minutes, there are situations for all tastes, which work without great difficulty from children who ask for help from strangers or those who are already in the house. weep.

In one episode, a two-year-old boy walks a kilometer for 23 minutes to reach the supermarket. When he arrives, he has trouble remembering his shopping list. Already on the way home, he noticed that he had forgotten the curry and went back to the supermarket. Ultimately the mission was completed successfully.

Emotions are probably what captures the viewer most on screen: from the fear seen in some children, to the desire to do what they want, to the confidence and satisfaction shown by many once a goal is reached. for. “My hope is that the global broadcast will bring smiles to people and inspire the production of new local versions, featuring lovely children from around the world,” explains Nippon TV representative Keisuke Miyata.

The format has already been adapted in Italy, the United Kingdom, Vietnam, China and Singapore. In Japan, it is aired twice a year in three-hour episodes with high ratings. “Old Enough” is available on Netflix in over 190 countries and with subtitles in 32 languages ​​as of March 31.