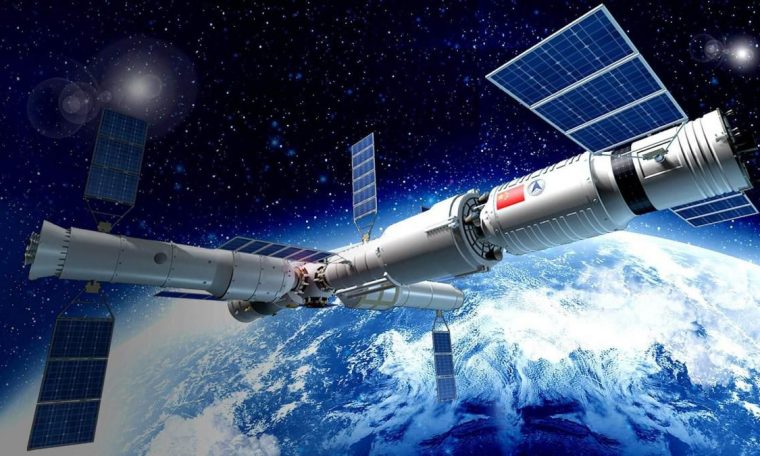 Last June 16, Tiangong-3 receives its first Taikonauts, which will remain on the Tianhe module for three months. During that time, Chinese astronauts would conduct scientific experiments, perform spacewalks and work on preparations for receiving upcoming missions from the Chinese space agency.

Tiangong-3 is the successor of the previous Chinese laboratories – Tiangong-1 and Tiangong-2 and like the International Space Station (ISS), it will be modular. This means that there will be new releases for the next module that will be linked to Tianhe, which is the central module. The combined weight of all the “parts” would be around 70 tons.

Just as from time to time we can see the ISS passing through the night sky, it is also possible to observe Tiangong-3 in Earth orbit. The Tianhe module is only one-fifth the size of the ISS, but it can be seen with the naked eye, as long as the weather and lighting conditions are right. In other words, to be able to see anything you would need a clear sky in a place free from the light pollution of urban centers. And, of course, you need to know when and where to look – but there are already tools online for that that make the job easier.

How to Find the Chinese Space Station Tiangong-3

To find out where Tiangong-3 will be in the sky in real time, just visit n2yo.comA very useful site for monitoring and observing satellites in general, including the ISS and the new Chinese station. Of course the Tianhe-1 module will not be dropped, so you can directly access the monitoring page of the Chinese station and save it to your favourites. Therefore, whenever there are suitable conditions in your area, you can check whether the station will pass over your city.

On the screen, you’ll see a table with a range of information about the Chinese laboratory’s orbit, such as perigee and apogee (closest and farthest points from Earth), period of revolution (time to complete one orbit) ) , among other data. On the side, the map will show Tianhe-1 moving in real time and a red line, representing recent and future trajectories.

In addition, the tool shows the estimated path for the next 10 days, which makes your observation plans even more practical, as you will be able to compare this information with the weather forecasts in your city and thus plan everything in advance. To get the Tiangong-3 route prediction, just click on the “10-day forecast” option, which is on the top left side of the screen.

However, keep in mind that these predictions are based on the current path, and may change at any time. This is because the Chinese station, like the ISS, is constantly descending as it orbits the planet and therefore needs to adjust its position from time to time. When this happens, the orbiting laboratory rises to a higher altitude and sometimes slightly changes the trajectory.

The station completes one revolution around the planet every 91 minutes, so your city has great chances of seeing it in the night sky. Of course, it won’t pass through your area every day, and sometimes it can pass over you during the day, making observations impossible. Still, it’s worth planning patiently, checking data, and at ideal times, viewing the station as a tiny glow in the night sky.

Another tool tip is Light Pollution Map.info, which indicates your areas with the least light pollution. If you have enough photographic equipment, the experience can yield good images.