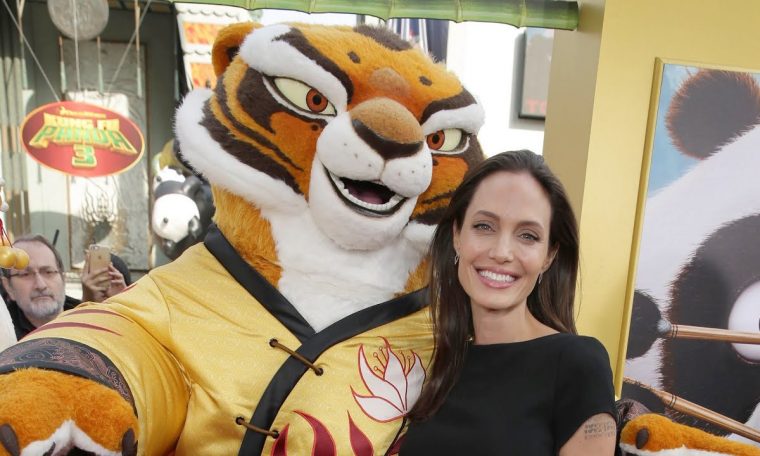 Did you know that Angelina Jolie is one of the voice stars of the Kung Fu Panda franchise? She voices the character of the tigress in all animations (except the animated series). It is also interesting that Brad Pitt along with his adopted daughter Zahra Jolie-Pitt made her acting debut in this animated franchise. She was cast as a voice actress in Kung Fu Panda 3 as the voice of Meng Meng.

Poe’s voice in the original is comedian Jack Black.

Of course, in Brazil, these voices were only heard by a minority of people.

In Kung Fu Panda 3, when Po’s missing father reappears, the pair embark on a journey to a secret panda paradise and meet dozens of new characters.

But when the supernatural villain Kai begins to wipe out all of China’s kung fu masters, Po must do the impossible: train a village full of clumsy brothers to transform into the ultimate kung fu panda.

Despite the success of Kung Fu Panda 3, a new sequel to the franchise is yet to be announced. Fans have been waiting for years to see Kung Fu Panda 4.

In Brazil, Kung Fu Panda 3 is now available on Netflix.