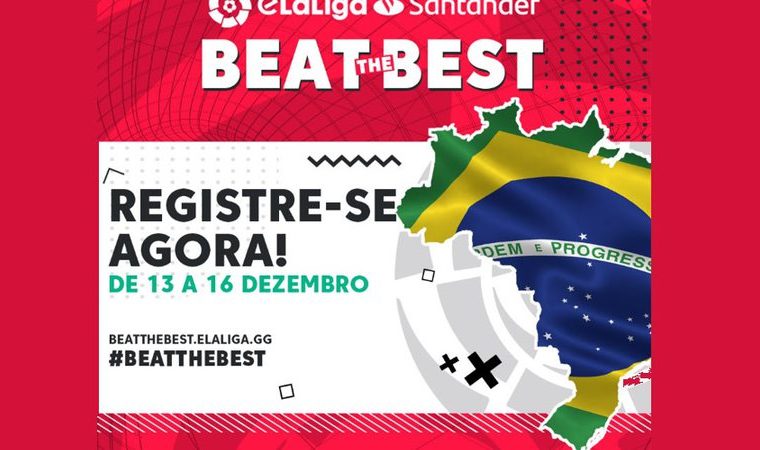 LaLiga’s e-sports platform e-Laliga launched its international project 2021/2022 on Tuesday (30). The new competition, named “Beat the Best”, will be held virtually in 13 countries, including Brazil, in addition to two face-to-face challenges in China (March 2022) and the United States (June 2022). It aims to further the development of the E-Laliga brand outside Spain.

The tournament, which runs from December 2021 to May 2022, will see amateur players try to become champions and thus get a chance to play against an influential figure in their own country. The format follows the example of the E-Laliga Fan Cup 2020/2021, which attracted 21,000 registered players and generated 3 million impressions on the social network, the first step in the internationalization strategy developed by E-Laliga.

“The E-La Liga Fan Cup was the first project to take the good work done at the national level beyond our borders. Although we had to change the project due to the pandemic, we were able to complete all the proposed tournaments. In LaLiga Alfredo Bermejo, Director of Digital Strategy, explained and laid the foundation for our international strategy, which will continue this year with two very ambitious projects: ‘Beat the Best’ and ‘Challenge in China and the United States’.

The tournaments to be played for this season will be EA Sports FIFA 22 and FIFA Online 4. Santander Bank and sports organization Galaxy Racer will be the official sponsors of the “Beat the Best” contest.

In Brazil, registration is already open for the competition to be held from 13 to 16 December. Around here, the winner will have a chance to play against YouTuber Murillo Silva, better known as Muh Pro.