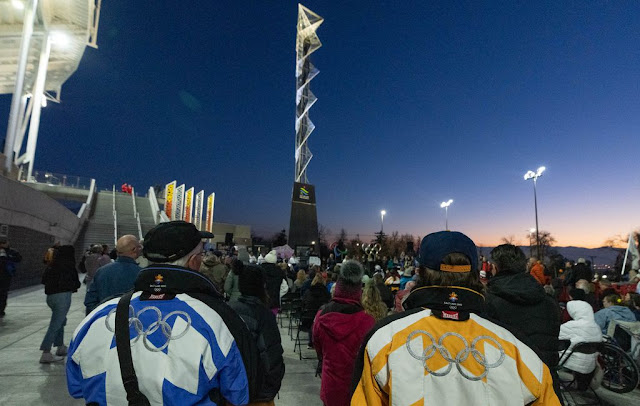 The state of Utah declared a law that Will ban transgender girls from playing sports in school And while it doesn’t affect Salt Lake City’s bid to host the Winter Olympics in the future, it causes a lot of concern among US Olympic officials.

Faced with this situation, leaders of the United States Olympic and Paralympic Committee recently met with officials in Salt Lake City to discuss the matter.

“I think this is a big issue for the Olympic and Paralympic movement in general,” USOPC President Susan Lyons said during a conversation with reporters.

Utah law will take effect from that day July 1st, After being passed by the Utah legislature.

While project leaders in Salt Lake City continue to lobby for hosting the competition in 2030 or 2034, Olympic officials believe this new law will not hurt Utah’s prospects.

“I don’t think it has any impact on our offering,” Lyons said.

Despite claims that the law would not derail Salt Lake City’s bid, that doesn’t mean the United States Olympic Committee isn’t concerned about the situation.

“It is a very complex issue. We are concerned about legislation that has a very black and white view of whether or not people participate and not necessarily look at the specifics,” Lyons said.

She continued: “We believe that trans people have a right to live in a way that is consistent with their gender identity and expression, and this includes participation in sports, both youth sports and college sports, and with the right rules and regulations.” In elite sport. But at the same time, we also recognize the fragility of women athletes’ progress. It has been a long and difficult road and needs to be protected.”

Lyons said the USOPC will continue to work with federations on an individual basis as they develop their own guidelines for transgender athletes in their sport.