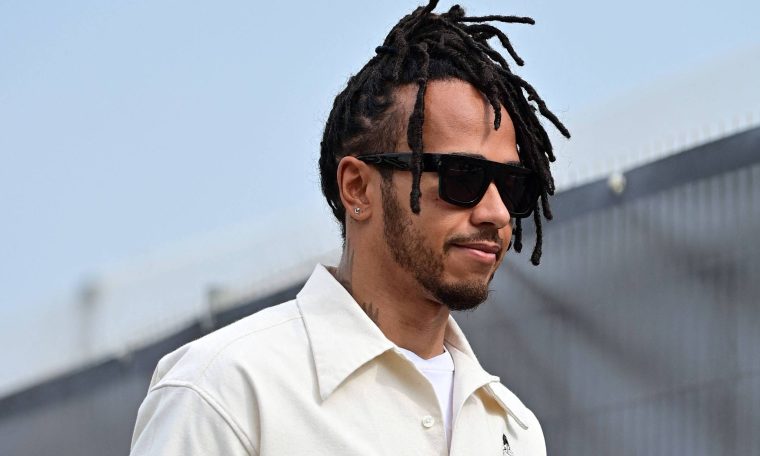 It’s an exciting end to the season. Tied on points, Max Verstappen and Lewis Hamilton left a Formula 1 title decision this Sunday for the Abu Dhabi GP, the last race of the year. Hamilton could become the first eight-time world champion in the history of the sport. Will the British like him more for this? I don’t think so.

Without a doubt, there is recognition in the UK for everything a pilot does for British sport. But there is a clear line between praise and affection. Seeing Hamilton receive a cheer at the Interlagos GP as he took the Brazilian flag, I wonder if the Brazilians have more affection for him.

The pilot has been the target of all kinds of negative headlines over the years and many people seem irritable. For some, their clothes are too expensive. When he publicly fights racism, environmental issues, defends vegetarian diets, he risks being judged for taking too much of a stance. He was criticized for leaving the United Kingdom for Monaco (which other pilots have also done) and accused of giving up his own “Americanized” accent. There are even those who say that he wins only because of the car. Winning a lot also became a problem.

In a documentary about the British royal family shown by the BBC, a journalist described the relationship between subjects and royalty in a way that is both funny and realistic. He said the British would not criticize the royal family as long as its members “have a boring life with dogs, horses, Scotland or anything we don’t envy.” “They can’t look like they’re having fun because their job is to stand in the rain and wave.” It sounds like someone who hopes Hamilton will just win and keep quiet.

A year ago, I did a story for Folha to find out why he was not so popular among the British. I went to Stevenage, England, Hamilton’s hometown. This is where he started CART and joined the McLaren development program at the age of 13. The mention of his name evokes a mixture of pride and disbelief there.

Some accused him of arrogance and questioning the origins. In 2018, giving a speech at the BBC’s annual Sports Personality of the Year Awards, he said: “It was a dream to do something different for our family, to move out of the slums.” The next day, he apologized and said that he had made the wrong choice of words, but the damage was done.

In Stevenage, the majority are white—88% and middle class. Only 3.4% are black. For that report, I interviewed Kehinde Andrews, Professor of Black Studies at Birmingham City University. Andrews said that if Hamilton was not black, he would be more popular, and believes that Britons identify with white athletes. The driver, the only black in Formula 1, has already said he faced racism in his career.

In 2019, the tabloid The Sun published an interview in which Hamilton said that he proudly displayed the British flag and that for some, his victory was not enough. Does he still think about that love – or the lack of it? Hopefully, for the pilot, the British are like that school crush you try to win, you get a “no” too many times and then give up, move on to the next one and you’ll be happy. Whatever the outcome of Sunday’s race, Hamilton doesn’t have to prove anything to anyone.

Link Current: Did you like this lesson? Subscriber can issue up to five free hits of any link per day. Just click on the blue F at the bottom.