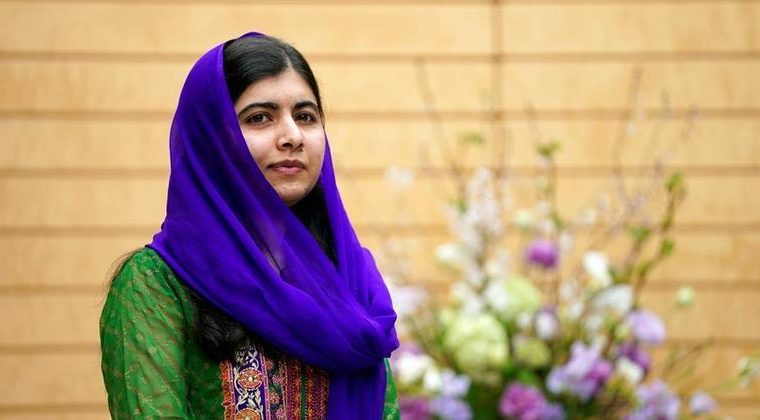 a Malala Foundation Program launched in partnership with Cochlear Foundation reach whatever you want, which proposes to show that deafness cannot be a hindrance to education. The aim is, first of all, to recognize the experiences of young people who face challenges and who stand out, such as the Paralympic swimming athlete, Jessica Oliveira.

Jessica was diagnosed with meningococcal meningitis at the age of 10 and the disease progressed rapidly to a very serious condition. The girl faced hospitalization for a year and a half, amputation of four limbs and profound deafness. “Some people left the hospital and I survived, I decided to live, be happy, make a difference in the lives of the people I love and represent people with disabilities,” he says.

The inspiration to become an athlete came from the stands. In 2016, the girl followed the controversies of the Olympic Games in Rio de Janeiro. “I fell in love with swimming and went in search of my dream”, she says enthusiastically. Despite the lack of projects to develop and support the Paralympic Games in Brazil, she did not lose heart and is now an athlete in the Vasco da Gama club.

Jessica says, “I also say that Malala is an inspiration to me, she doesn’t listen, she wears prostheses like me and it was never a hindrance for her to study and pursue her dreams.”

Malala Yousafzai, the youngest Nobel laureate, has lost hearing in her left ear after being attacked on a school bus. He was shot in the head during a Taliban attack.

“Very few people know that Malala uses hearing aids because it is not a problem for her and that is the purpose of this project. reach whatever you want“Deafness is not an obstacle to show society that all people can fulfill their dreams and achieve their goals”, explains Patricia Mastroroco, Cochlear’s senior regional manager for the Eastern part of Latin America.

The second phase of the partnership is to share the hearing commitment and make society aware of the importance of hearing rehabilitation and early care.

Luma Balija Santos, 10, enjoys sports, street dancing and poetry. “Receiving the news that my daughter was born with profound bilateral deafness was not easy, but we looked for doctors and at 10 months she already had a transplant”, explains her mother, Aline Carrizo.

Aline created a group called Listen for Me, which brings together family members and children wearing prostheses, as a way to share longings, difficulties, and joys. “With Meetings, we foster true inclusion, sharing experiences and helping each other.”

According to the IBGE (Brazil Institute of Geography and Statistics), about 10 million people in Brazil have hearing loss, 1 million is represented by children and young people up to 19 years of age. When we look at newborns, research shows that hearing loss affects one to three newborns for every 1,000 births in Brazil. Children who do not receive adequate treatment may take longer to develop their communication skills, both to understand and to express themselves. With these odds, only 15% of youth complete high school and 32% have no level of education.

In one video, Malala sends the following message to children and young people with hearing loss: “You can make any dream you want, yes, there are some things that limit us, things can be a little more difficult for us.” And I can get. I personally identify with it because I lost hearing in my left ear and am wearing a cochlear implant, but you deserve it and you deserve equal opportunity with everyone. should not come in your way.”

Project reach whatever you want It lasts for three years and covers youth from the United Kingdom, the United States, France, India and Brazil.